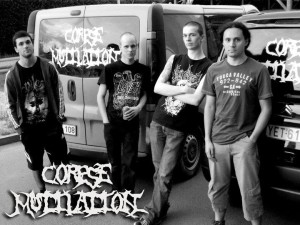 CORPSE MUTILATION has released an official music video for the track “Retaliation of the Suppressed,” which was directed/filmed by Jonas Geurs. Check out the clip HERE, and you can find more info on the band at Facebook. Corpse Mutilation consists of: