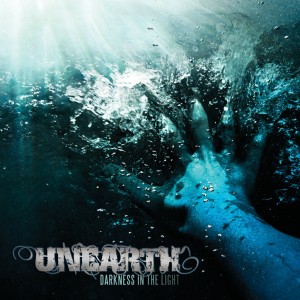 American metal act, UNEARTH, are currently slaying the masses onstage at this year’s edition of the Rockstar Energy Drink Mayhem Festival. To commemorate the summer-long festivities, the band will be posting a series of video clips throughout the tour.

Commented vocalist Trevor Phipps: “Thanks to all who’ve come out to support UNEARTH during this year’s Rockstar Mayhem Fest! We’ll be uploading a handful of videos showing how our summer is going, so come back often to check it out. The first episode showcases live footage, our signings and some hangout time. This fest is killer day in and day out, so don’t miss it if it comes near you. See you on the road!”

Check out the first video HERE.

UNEARTH’s fifth full-length, Darkness in the Light was released on July 5, 2011 by Metal Blade Records and has been flooring fans and media alike. In a 4/5 rating of the record, Alternative Press said: “Darkness In The Light is a maelstrom of melodic riffs, screamy shouts and enough noodling to keep Guitar Hero nerds happy. But it’s not chasing maidens and slaying dragons; UNEARTH have enough of the ’90s straight-edge hardcore scene still left in their blood to give the lyrics an impassioned warrior cry against corrupt politics and wavering faith.” Crave called the record, “…a first rate slice of metal that helps return the meat to the hollowed and empty husk of the metalcore genre,” while Ultimate-Guitar noted: “….it’s clear that this album takes the best elements from every album released so far and pushes them to their limits. Whether it be the urgency felt from ‘Stings Of Conscience’ or the thrashiness of ‘III: In The Eyes Of Fire,’ it’s all pushed to its finest point on this album.”