UNEARTH – Drummer To Undergo Back Surgery 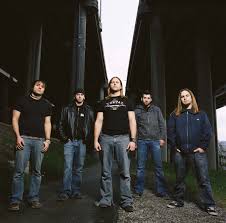 UNEARTH drummer Nick Pierce, who has been sidelined as of late due to a back injury, has now revealed that he will soon undergo surgery in an attempt to resolve his issues. Here’s what Pierce had to say:

“Just want to say thanks for everyone’s continued concern and support over the last few weeks since I left the Fury Tour with Unearth early. I can’t express how inspiring it is to have a solid community backing me and showing the love!

“Since the initial onset of my back problems over the last few weeks I’ve met up with three doctors for separate opinions. The final decision ended up being a microdiscectomy where the surgeon extracts the bulged fragments of disc in my lower back. Success rates for this operation are in the high 80% range, the way the doctors explained it to me made it sound like it wouldn’t be a problem and I would be recovered in 1-2 weeks. Nonetheless, I’m very optimistic things will go well and I’ll be back to enjoying life and starting a healthy recovery soon. Surgery is scheduled for May 10th so wish me luck!”