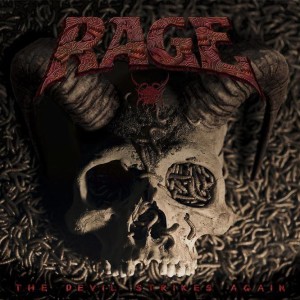 “The Devil Strikes Again” was recorded in September/October 2015 at Megafon Studios (Burscheid, Germany) and at Soundchaser Studios (Zandhoven, Belgium). Production was handled by Marcos Rodriguez and Peavy Wagner, whilst renowned the Dan Swanö took care of the mix and mastering at Unisound Studios.