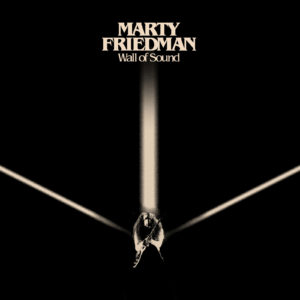 Former MEGADETH lead guitarist, Marty Friedman, is one of the top five electric guitar shredders performing today, and every time this dude puts out an album he seems to even go bigger somehow. Friedman is back in 2017 with a wrecking ball of a mostly instrumental album entitled “Wall Of Sound”. The listener is treated to eleven fireballs (one track includes vocals) shot through your head at high velocity. There truly aren’t many rock albums without vocals that I will listen to, but when it comes right down to it Marty’s shredding is too good each time I check him out that for someone to sing over what he is doing at this point would screw it all up. Unleashing his classical greatness and rocking Olympic-level acrobatics on the fretboard, Friedman lights it up like very few can starting raucously with “Self Pollution”, the head spinning “Sorrow And Madness” and poignant “Streetlight”.

The deeply affecting, melodic playing on this record by one of the all-time guitar greats is out of this world. Up next is the even more passionately executed “For A Friend”, the violin/piano tinged “Pussy Ghost” and super moody “The Blackest Rose”. It only gets better, which is hard to believe, but trust me we’re talking about Marty fricking Friedman here. The album features guest appearances by Jinxx of Black Veil Brides, Shiv Mehra of Deafheaven, along with Jorgen Munkeby of Shining. As I mentioned track eight’s “Something To Fight” is the only song with lead vocals, and it totally jams, and if that isn’t good enough, includes a saxophone vs. guitar ‘go off’ solo section that is totally insane. This gem of a record comes to a conclusion with the last few rippers “The Soldier”, my personal favorite song on the entire album, the simply stellar “Miracle” and finally, “The Last Lament”. Anyone who complains that this collection of tunes is nothing more than ‘ego driven shred wankery’ is a complete and utter moron. I think this is one of the best albums of the year, with or without vocals. I think just about any kind of music fan would enjoy what this album offers, which is far ranging, and without a doubt sensational, to say the very least. 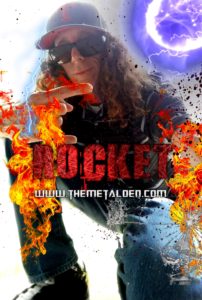