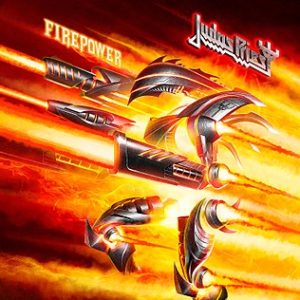 Legendary New Wave of British heavy metal band, JUDAS PRIEST, is back to dominate the rock music scene with an absolutely unrelenting assault of head banging greatness, unleashing their new studio effort in 2018 entitled “Firepower” and it is without a doubt one of the best records of their entire career. Lead vocalist Rob Halford is like fine wine, with each year his voice only seems to get more powerful and frightening sounding. Somehow this guy’s range has still not dropped off. How is that even possible? This man has been singing his balls off for over the past four decades.

As the story goes, for the production of this album Priest went back to the ‘organic way’ of recording where the entire band plays together in a room. It paid off big time. The album kicks off with the slamming “Firepower”, the crushing “Lightning Strike”, and one of my favorites from the band in a very long time is dropped next like an anvil on top of your head called “Evil Never Dies”. Halford’s ear piercing howling on this gem is not only outstanding… frankly, the iconic singer’s performance is mind blowing.

However, the next cut “Necromancer” is one of the most impressive tracks I have ever heard recorded by JUDAS PRIEST and I have been listening to this band with total loyalty since I was a teenager in the eighties… over 35 years ago. I rank this classic right up there with “Breaking The Law” and “Screaming For Vengeance” it is that damn good. The bass playing by Ian Hill and drumming by Scott Travis is tighter sounding than “Painkiller” from 1990. Bravo to the production team for hitting this one out of the ballpark. What is crazy to think is that this band has been hard charging since the seventies, and in my opinion, no other group in the history of heavy metal has carried the flag for this kind of music better and longer than Priest. Not even Iron Maiden or Metallica has been as consistent overall.

The rocking good time continues with the ass kicking “Children of the Sun”, the skull cracking “Guardians”, and stellar “Rising from Ruins”. The best track on the album and clearly a song that will go down as one of the greatest songs ever written by the band, in my opinion, is track nine’s “Flame Thrower”. Halford is at his all-time best here with glass shattering screaming that is really astonishing to hear. Keep in mind, Rob Halford is not a young man. He is 66 years old. Again, congratulations to the producer, Tom Allom, who last handled 1988’s Ram It Down for the band, and much respect going out to Andy Sneap who worked as co-producer. What a fantastic team these two turned out to be, with Mike Exeter doing a perfect job of engineering.

The addition of guitarist Richie Faulkner is the game changer for me. He played on the last album “Redeemer of Souls” in 2014 when K.K. departed the band, but was not as on fire at that time. Now this dude is scorching the six strings with a fiery passion that must be heard to be believed. This dude can shred like K.K. Downing and Glenn Tipton did back in the old days, definitely holding his own in the soloing department so fans will certainly not be disappointed in what they hear from him. The momentum does not lose any intensity as your ears are pummeled further by the next cuts “Spectre”, which includes quite possibly the finest guitar solo I have heard in the past 10 years, “Traitors Gate”, and “No Surrender”, concluding with the totally epic “Lone Wolf” (with yet another ass whooping in the form of guitar shred handed down) and track fourteen’s “Sea of Red”, a top notch ballad, brings it all to a close nicely. Honestly, it took me a few minutes to pick my jaw up off the ground, because I was not expecting such a masterpiece to be delivered. Any fan of rock would be missing out not to pick a copy up for their collection. I am going to name it best album of the year with confidence because there is no way in hell anyone will come along and top it. 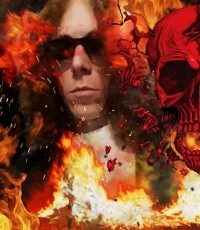