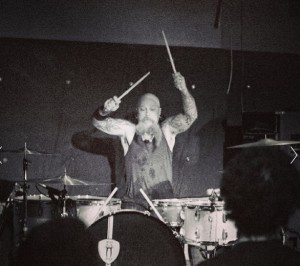 Seattle’s MOTHER CRONE has self-released a debut full length studio effort in 2015 entitled Awakening and this is definitely one of the more impressive stoner metal albums released this year. Formed in 2012, the trio is fronted by vocalist/guitarist Joseph Frothingham, and they waste no time launching into some ass kicking grooves that will make you want to pop open a beer, kick up your feet, and just enjoy the jams. The first couple of full-throttled cuts, “Silt Laden Black” and “Black Sea”, will have no problem making even the most jaded hard rock expert an immediate fan.

THE METAL DEN’s Randy “Rocket” Cody has conducted an interview with drummer Jeremy Schulz of MOTHER CRONE for his loyal Den Headz around the globe. 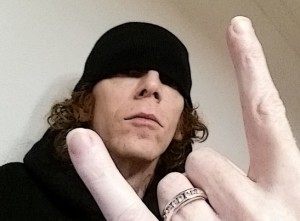 JEREMY: I was born in Portland, Oregon and raised in Redding, California.

JEREMY: Yes, I do very well. Bullet Boys and Bang Tango played at the Redding civic auditorium. Me and all my rocker buddies in town went. Being from a small town we were so stoked we couldn’t believe our eyes.

ROCKET: When did you first start playing drums?

JEREMY: At eleven years of age. 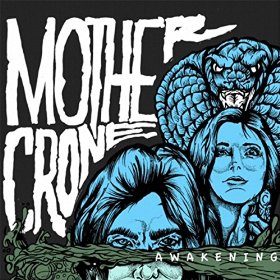 ROCKET: Who are some of your biggest drumming influences?

JEREMY: My early drum influences were Bill Ward of Black Sabbath and of course Vinny Appice of later Sabbath and then Dio. Being from the Northern California area when I discovered Metallica I had never heard a drummer like Lars. I ate up the whole Bay Area thrash movement: Testament, Death Angel, Megadeth. I was drumming to all of them. Then Pantera arrived and that’s when I discovered the other Vinnie… Vinnie Paul. As I’ve gotten older I have discovered drummers like Steve Smith (Journey and Weather Report), JoJo Mayer, Benny Grebb and a host of other new drummers that are coming out every day.

ROCKET: How did Mother Crone first form together as a band?

JEREMY: When I was teaching at the Seattle drum school of music, Joe (Guitar, Lead Vocals) stopped in to take drum lessons from me. Joe is a great drummer and has played for bands like Himsa, Go Like Hell, and Witchburn, just to name a few. We had a couple drums lessons togethe and he told me he was a guitarist at heart and had been writing on guitar. It was right up my alley. Joe and I set out to put together something special. It was very important to me that we do this with the right people and make this a family. That’s when we found our brother Josh (Bass and Vocals). Josh has been in the local scene for a while and is overall ball of talent. He came in and instantly fell into our vibe. The three of us are all dads and family is #1 for us. Our band runs just like a family. We are family writing and performing our art for the masses.

ROCKET: Let’s talk about your new album “Awakening”. Who produced it and where was it recorded?

JEREMY: We recorded this album at Toadhouse studio in Portland, Oregon with Adam Pike (Red Fand and Diesto and a host of others). We had a great experience there. We then had the one and only Matt Bayles mix our album and we could not be happier. Finally we had Brad Boatright in Portland, Oregon finish it off with a beautiful mastering job. 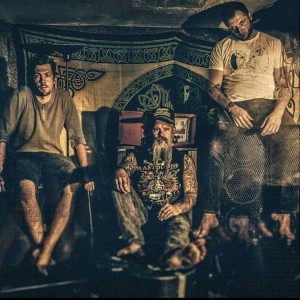 ROCKET: Where is the best place for fans to buy a copy of your new album?

JEREMY: We have independently released this album. You can find it at all the major retailers, ie… iTunes, Amazon, Google and https://mothercrone.bandcamp.com/releases to get it as well, but if you really want to support the bands you love and make sure your purchase directly benefits the band then buy our “Downloadable Album Tee’s”. We decided to make our main way of releasing an album through this new platform where our band tee IS actually the album. The company is out of Seattle, Washington: http://www.r-evolutiontees.com is able to make your band tees that connect right to your phone for instant to downloading the album. So far our fans are loving it and so are we!

ROCKET: You released a music video recently for the track “Black Sea”. How has the reaction been so far?

JEREMY: The reaction for “Black Sea” has been great. This video was directed by our guitarist Joe. It was a really fun piece that captured a lot of live footage from our last U.S. tour.

ROCKET: Do you have any equipment sponsors?

JEREMY: Yes, Dunlop, emg, and Spector basses. We are also sponsored by http://www.r-evolutiontees.com.

ROCKET: Can you give us the specs on your drum kit?

JEREMY: Yes… Ludwigs, baby! I play a Ludwig classic maple kit. 26×14 kick drum that I use wide open (no muffling, pillows, etc..) 13×9 rack tom, 16×16 floor and 18×18 floor. Just before I entered the studio I threw some Remo black dot heads on this kit and WOW I was in love! I have a very rare 14×5.5 solid brass Volan snare drum and it is crushing. For that particular snare I found that Remo black suede Emperor produces the magic snare tone. I use DW 500 double kick pedal which I love. My Sabian cymbals never let me down. I have had the same pair of ’15 inch AA hi hats for over ten years! For me there is my only one
‘go-to’ drum stick.. the tried and true Vater fatback 3A. The best!!

ROCKET: Did you ever taken any lessons?

JEREMY: Yes, I have a music/drumming degree, and I make my living as a drum teacher. I taught at the Seattle drum school of music for a number of years and now have my own practice. You can check out my website: http://www.walrusdrummerseattle.com. I am also currently launching a full on music school called “Rock it” Music Academy and Recreational Rock Stars, a school that focuses on teaching adults (and kids too) how to play and perform in a band.

ROCKET: Thanks for rockin this out with me. Best of luck with your music. Any last words for the fans?

JEREMY: We leave for another tour from September 24th to October 9th. We’ll be playing some great shows and even a show with Lord Dying in Medford, or on 10/4 we’re doing an official album release here at home in Seattle to kick off a 10 day West Coast tour to round out the year.