VAN HALEN – Raw Footage And New Photos From The Roxy! 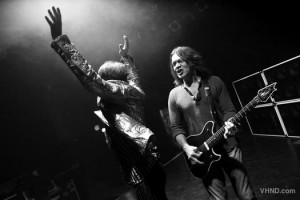 Here’s another exclusive that VHND.com received straight from the band! It’s footage of VAN HALEN performing during rehearsal at the Roxy (without the text scrawling at the bottom). View it HERE! Also, you will see more never-seen photos as promised. Are you as pumped as we are for the new VH album and tour??