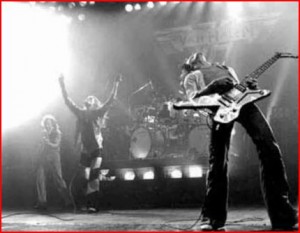 For the 9,000th post at TMD’s site, a true gem has been obtained to celebrate the big milestone… enhanced concert audio of early VAN HALEN performing “House of Pain” at the Starwood in Hollywood, California back on June 30, 1976.

They might be rocking with Eddie’s boy now… but they will never top their legendary past!

Listen to the truly historic recording below!