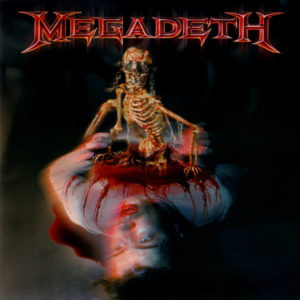 Are you ready for the most sensational story ever?

A man named Donald Marshall claims to be an MK Ultra mind control victim under the CIA forced to be cloned after being imprisoned in a U.S. cloning center where he has interacted with many famous celebs, including MEGADETH frontman, Dave Mustaine.

He speaks of diabolical military intelligence mixed with occult used to dominate American citizens through brainwashing via TV and music.

Donald Marshall released in 2013 a letter also known as ‘The Most Important Document That Has Ever Been Put On The Internet’. It started a big controversy among conspiracy theorists. Is this dude full of it or is he telling the truth? Or maybe he is telling partial truths, and some lies as a Disinformation Agent for the Illuminati? Tell us enough to scare us, but not enough for us to really be able to figure it all out.

In the letter he talks about how the Illuminati cloning random people to use them for sex and to torture.

Donald Marshall states for the record that it is him pictured on the cover of the 2001 MEGADETH album “The World Needs A Hero”, after being subjected to brutal physical abuse at the cloning center, some of which was purportedly inflicted by the MEGADETH mainman. Marshall says he has been cloned many times himself, and systematically held against his will since he was a teenager.

He details witnessing Child sacrifices, cannibalism and other horrifying acts committed by the evil elite. In the video, Marshall calmly admits: 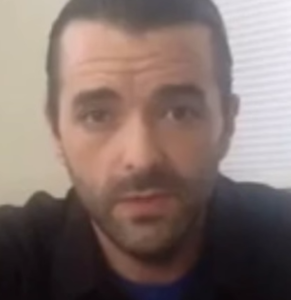 “I was born into the wrong family… and it got out of hand. I need people’s help fighting against
the most richest and powerful people in the world.”

At the cloning centers he claims random people are kidnapped and handcuffed to “stainless steel corpse tables” and then they make them think they have been alien abducted with humans dressed in Hollywood makeup to fool them. They just keep doing it to random people over and over.

They can then basically transfer your mind and memory via chip into a fully functional clone version. And you don’t realize you’re a clone, You think it’s all real.

He claims to have been sadistically raped while imprisoned in the cloning center by legendary filmmakers Steven Spielberg and George Lucas. They film it for ‘evil pornography’ to keep in their own private collections.

He also says that Dave Mustaine of MEGADETH killed his ‘clone’ in an arena ‘deathsport’ event viewed by the satanic elite for pleasure. Basically they make a clone of a person, ‘chip it’ so it has your exact same consciousness and memory and then let it be savagely killed by a celebrity for amusement. The terror and pure horror he describes when explaining what happens is definitely very compelling. 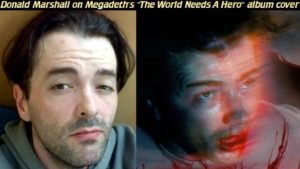 “They can record everything that you are and put it on a microchip the size of an appleseed and plant it into your clone’s head.”

As the story goes, for the clone to work, they keep you somewhere in the underground facility and put you into deep sleep so you reach REM, which is about an hour after you begin to snooze experts say. If you wake up in real life your clone will “drop limp to the floor”.

(A Clone of Wendy Williams malfunctioned on TV today)

“These are the accounts of Donald Marshall, a former Illuminati insider turned internet whistleblower. As a victim himself of the Illuminati, Marshall details his own experiences of torture, kidnapping and abuse at the hands of this large global conspiracy, reaching shocking levels of depravity. Marshall exposes many major Illuminati political players such as Queen Elizabeth, her husband Philip, Duke of Edinburgh, Prince Charles and Russian President Vladimir Putin. He also names many other world leaders, politicians and famous celebrities secretly involved. Many of Marshall’s claims can be substantiated by events catalogued by public and private organizations, such as Child Abuse Recovery, a division of Trauma Research Center, Inc. and the International Common Law Court of Justice in Brussels, which found Queen Elizabeth and her husband, Prince Philip guilty in the disappearance of ten native children from the Kamloops Indian Residential School in British Columbia on October 10th, 1964.”

In a follow up video posted in 2016, Marshall explains what is happening to little kids that are being kidnapped by the evil elite. “They get taken to (an underground government base where demon aliens and human clones reside) to be used for sex … some of them get eaten. Some only drink blood. Others eat solids. Their favorite part to eat is the heart and the pancreas. They even like human excrement. It tastes like candy to them.”

Supposedly in these underground bases are what is called “Vril”, which are lizard/human hybrids. They are a lab engineered mixture of many species. One of the most important mixture of them is, they are part ribbon worm. Donald Marshall confirmed this when he said that they are aquatic. They are also part bird too, that is why they have hollow bones.

They enjoy eating human beings and feeding off our fear. That turns them on big time.

As the story goes, Vril are demons that pose as aliens. They are satanic demons (a.k.a. Unclean spirits),. EVIL is their only motivation and taking over people by possessing them spiritually. 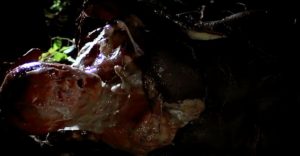 Donald Marshall says they can take over humans in a “bodysnatch”. The process he details where a portion of the demon Vril’s spinal cord shoots out into your eyeball to make the possession happen and it takes a month for the host version of you to recover from this before you can go back out into public.

Reportedly many people in the news media, such as anchors and reporters, politicians, celebs, have been ‘bodysnatched’ and their demonic version takes over with its own evil agenda on planet earth.

The Illuminati’s NEW WORLD ORDER consumes and devours whoever it wants whenever it wants, understand?

Whether you fully believe Donald Marshall’s story or not, bottom line a lot of what he talks about makes perfect sense. Sure, there is a lot of sensational parts of his story, perhaps that comes from the CIA programming and they want him to appear crazy so nobody really takes him seriously. At the same time, they can inject fear into the populace about what they are doing to the American people.