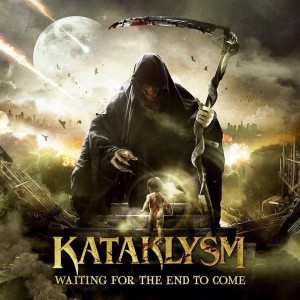 Montreal, Quebec death metallers KATAKLYSM have released a lyric video for ‘Fire’, taken from their new album, Waiting For The End To Come. View it online HERE.

In the video HERE, Kataklysm leader Maurizio Iacono welcomes the world to attend shows on the band’s upcoming World Tour in support of their new album, Waiting For The End To Come.