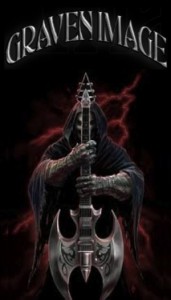 The track listing for “The Future Started Yesterday” is as follows:

1. One Mistake (streaming at this location)
2. Far Away
3. No Atheist in a Foxhole
4. Twisted And Broken
5. Demons
6. The Other Side
7. 1600 Deception Avenue
8. World of Decay
9. The Future Started Yesterday