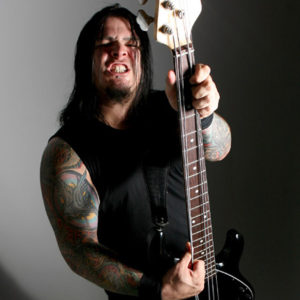 
“I Am Going To Go Get A Gun, Come Back
And Shoot Everyone!”


THE METAL DEN.Com has learned from a source very close to the HELLYEAH band that the statement was allegedly made by bass player Jerry Montano the night he was ousted from the group during the night of April 10 during HELLYEAH’s CD-release party at The Clubhouse in Dallas, Texas, for what definitely turned into one chaotic and downright disturbing celebration according to this source. It ended reportedly with the alleged death threat being made by the drunk and out of control Jerry Montano.

The band’s self-titled debut release landed at No. 9 on the Billboard album chart and features
members of MUDVAYNE, PANTERA and NOTHINGFACE, mainly noted for having legendary former PANTERA/DAMAGEPLAN drummer Vinnie Paul in its all-star lineup. More troubling around the entire circumstance, VINNE PAUL has only now just begun to start picking up the pieces in his life after his brother DIMEBAG DARRELL ABBOTT, the world famous guitar great of PANTERA/DAMAGEPLAN, was shot a total of five times at point blank range and killed on the stage of the ALROSA VILLA in Columbus, Ohio on December 8, 2004(the anniversary of the death of John Lennon, who died in similar shooting himself.)

According to the source close to HELLYEAH, Jerry Montano became increasingly intoxicated and violent natured in his behavior throughout the wild evening of the HELLYEAH CD release party and THE METAL DEN.COM’s also learned from this source that, prior to his allegedly making the shocking threat, an angered and belligerent Jerry Montano struck his fellow HELLYEAH/NOTHINGFACE bandmate Tom “Tomcat” Maxwell in the face while inside the club, which quickly led to club security finally tackling Montano and throwing him outside of The Clubhouse, a gentlemen’s establishment founded by both Vinnie Paul and Dimebag Darrell. 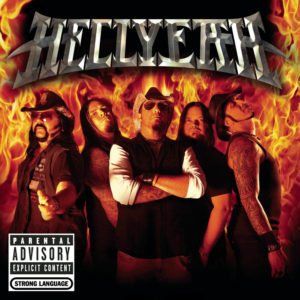 At this point it has been alleged that Montano got up off the ground in front of the club, cursing and yelling, finally stating to the small crowd assembled of security and friends standing nearby:

“I am going to go get a gun, come back and shoot everyone!”

Last week HELLYEAH announced to the public that former DAMAGEPLAN bassist Bob “Zilla” Kakaha would now be the official replacement for Jerry Montano, confirmed to BLABBERMOUTH.NET.

HELLYEAH launches the “Fire It Up” tour on May 20.

You should log in to submit a review.
Tags:  METAL NEWS