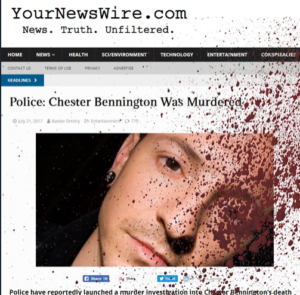 At that time, I had already authored a story two months earlier that tied Chris Cornell’s death to the massive PEDOGATE scandal that was rocking Washington DC, once Seth Rich was found dead after leaking John Podesta’s emails to Wikileaks.

I’d like to take a closer look now at this piece labeled a ‘hoax’, for it turned out to be the biggest rock n roll article, in terms of page views, for the year 2017.

Firstly, the story featuring my investigation was shared on this one site 1,000,000 times on Facebook.

The average person has roughly 500 FB friends. So when a story is shared each of those friends sees the post too. That brings the total to 500,000,000 people who viewed it. But wait, that doesn’t count the other 100 sites like Snopes, The Inquisitr, who also picked up the story and posted it to their users, okay? Now you are talking over a 1 BILLION people who were exposed, and I have not even looked at stats for other major platforms that promoted it on Twitter and more.

The truth is my work on both the Cornell and Bennington death investigations includes now well over 250+ long format articles on the matter I have authored in just the past 8 months.

And my worldwide acclaimed journalism was actually appearing on the very biggest sites like Yahoo, not just some hack, fly by night clickbait gossip spot like YourNewsWire that constantly steals my work and calls it their own.

If we were to try and put a grand total on the number of people who have been exposed to my work in just the past year, well it is obvious to see this reaches into the multiple billions.

I don’t pay for advertising, like most business people do when promoting online. I rely on my talent and word of mouth from the readers, got it? That is what makes me the most dangerous rock n roll writer around, whether people want to deal with the facts or not, cool? 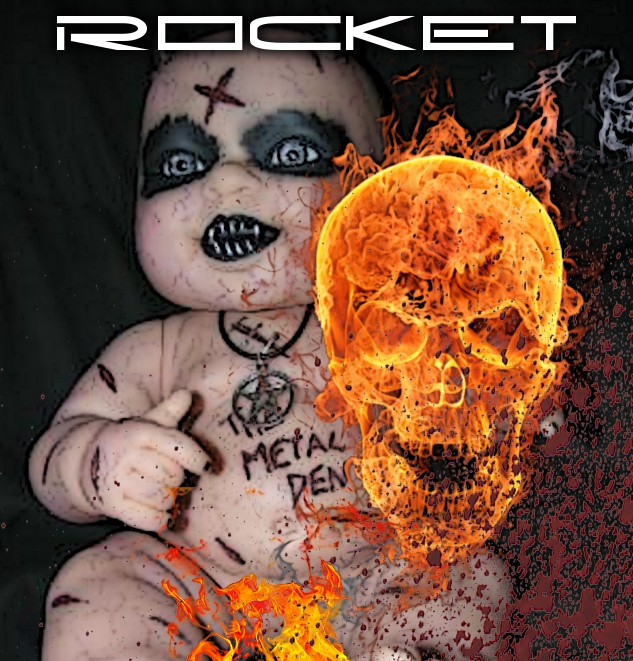 “Detroit police wrapped up their investigations quickly and the Wayne County Medical Examiner’s Office ruled the death a suicide, but investigators are claiming that unexplained gaps in the official timeline of Cornell’s final moments and suspicious inconsistencies in the records suggest that Cornell’s death was not suicide at all, but a premeditated homicide and cover up.”

Without a doubt, looking more closely now at the article in question, one starts to see the truth emerge out of the purported hoax.

“Investigator Randy Cody is among those questioning the suicide ruling. He points to perceived timeline gaps, forensic questions and what he says are two signs that Cornell had a head wound that was not mentioned in autopsy reports. Speaking to Detroit Free Press, he referenced Detroit police scanner audio in which a medic is heard saying: “patient did have an exercise rubber band around his neck, suggestions of possible strangulation, trauma to the back of the head, history of depression. Patient is cool to the touch in all areas at this time.” Cody also questions whether medics really broke so many of Cornell’s ribs in efforts to resuscitate him. “You mean these medics did nine rib fractures (during CPR)? I’m not buying it,” said Cody, who also believes Cornell was killed because he was about to expose a child sex ring.”

Immediately afterward, a Navy Seal came forward to backup my claim that there was too many signs of foul play for Chris Cornell’s death to be ruled a suicide.

After compiling a mountain of evidence, it is my determination that Chester was indeed murdered too.

The L.A. county coroner took 4 months to release Mr. Bennington’s autopsy for a slam shut case of “suicide” and the wife hurriedly cremated the body, just like in the Cornell case, before any second evaluation could be done. Sure, they can make excuses now as to why it took so long, “We were doing tests!”. It’s funny how it took me bothering them over and over and making it a public issue before they finally were forced to release the report… that looks like it was filled out in a very rushed manner… at the last minute.

Chester Bennington was About to Expose the Truth Behind Chris Cornell's Death- https://t.co/JiqjjYjb7t
Via – @NeonNettle @TheMetalDen pic.twitter.com/juPSnhKdnO

Neon Nettle site in UK also posted a follow up story about Chester’s death and further evidence that
there is a major conspiracy at work, and it involves the most powerful people in the world.

It turns out once this article went viral Hollywood and Washington started diverting attention by putting out phony diversions and a false flag mass shooting at a concert in Las Vegas.

The fact is that I have uncovered more damning evidence of collusion between John Podesta and LINKIN PARK, by way of SE4ALL global initiative and the Clinton crime family, got it?