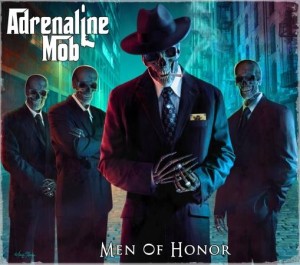 ADRENALINE MOB has now issued the following statement about the status of upcoming shows:

“The AMOB family has decided to reschedule their upcoming dates in order to focus on finishing up recordings to be released as part of the new Men Of Honor Special Edition.

“New tour dates will be announced soon in conjunction with the release of the new Men Of Honor Special Edition on Century Media Records coming out this Fall.

“We are still performing on Sept. 5th w/Twisted Sister at the Best Buy Theater in NYC & we are looking into a doing a couple of shows in the Tri- State area later this year.

“The band apologizes for any inconvenience this may have caused but is very excited to deliver this new release & hit the road soon after to fully support it!”