ALL SHALL PERISH – Spring US Dates With CARNIFEX! 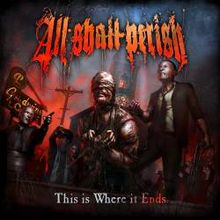 American deathcore act ALL SHALL PERISH will reportedly team up with CARNIFEX for a U.S. tour this spring (caution: there has been no announcement of any sort to date). Support will apparently be provided by Fleshgod Apocalypse, The Contortionist, and Conducting From The Grave. Two dates have surfaced thus far:

Reunited Los Angeles heavy metal legends MALICE have inked a deal with SPV/Steamhammer. The band is currently recording updated versions of six classic MALICE metal anthems such as “Stellar Masters” and “No Haven For The Raven” as well as “four killer new tracks” for an album which is due to be released sometime early in 2012. 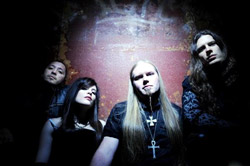 Norwegian symphonic gothic metal band SIRENIA posted a new music video for the track “The End of It All.” The track appears on the the band’s latest LP “The Enigma Of Life,” which was released in early 2011 via Nuclear Blast Records.

Check out the video HERE. 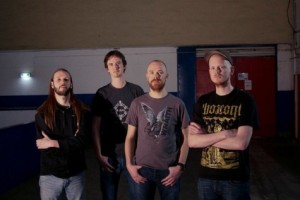 “From the first moment I heard the unmixed version of ‘DISSONA’ I knew this was a killer release, and after talking to the FEHLER guys I was convinced all involved would work hard to get the band out there.One thing is for sure, the band’s name (which is German for ‘mistake’) will be opposite to the feeling you get after hearing this monster of an album!

“Fehler is a four-piece sludge metal outfit from the south of the Netherlands, known for their dark blend of ground shaking riffs combined with heavy rhythms and dissonant atmospheres... 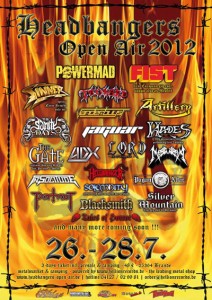 Den Headz, RIOT are confirmed to perform a legendary set, including most of their classics, at Headbanger’s Open Air 2012, scheduled for July 26th – 27th in Brande-Hoernerkirchen, Germany.

Further festival details at this location. 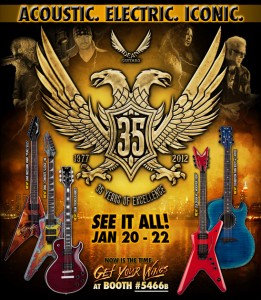 For 35 years Dean Guitars has been making sought after instruments that have been seen on the biggest stages in the world. From ZZ Top’s fuzz-covered Dean Z’s, Sammy Hagar and his “Red Rocker” ML, Dimebag Darrell’s legendary Dean from Hell to Dave Mustaine and his Dean VMNT at the epic 2011 Big 4 concerts, Dean guitars has created an undeniable legacy that has been embraced by guitar enthusiasts worldwide.

Watch a promo teaser for “Live from NAMM” Webcast 2012 HERE!

Dean Guitars is the only company to date to give the global guitar community an all-access ticket to NAMM with a multi-camera, real-time HD webcast. Exclusive technology partnerships with Livestream...
Read More

American groove metallers CHIMAIRA are pleased to announce that Emil Werstler (DAATH) will be handling lead guitar duties for the band in 2012. Here’s more word on that:

“Fans already know Emil from the Coming Alive DVD, the insane guitar solo at the end of “Samsara”, and most recently on stage playing bass for The Age Of Hell tour.

For those that don’t know, time to get familiarized. Listed as one of modern metal’s most important guitar players, Mr. Emil Werstler.”

In related news, it would appear that soon to be former Chimaira guitarist Rob Arnold will be starting a new project with former Chimaira drummer Andols Herrick. Two recent tweets from Herrick read as follows:

“Would it be safe to assume that if soon, me and my friend Rob Arnold were to write some music togethe... 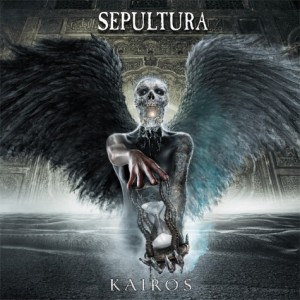 According to Thejakartapost.com, Brazilian heavy metal legends SEPULTURA are set to perform in five cities in Indonesia in February 2012, its promoter says.

The band will perform in Medan, North Sumatra, on February 3, Makassar, South Sulawesi, on the 4th, Jakarta on the 9th, Surabaya, East Java, on 11th, and finally in Bali on the 12th on its Asia Relentless Tour 2012.

“They will stay longer in Indonesia because they had canceled shows in Thailand and Singapore,” an officer of promoter Sony Horizon, Isam, said Wednesday as quoted by tempo.co.

Sony Horizon will be working with Malaysian promoter Netzah Production.

Sepultura will continue its tour in the Malaysian cities of Kuala Lumpur and Kota Kinabalu... 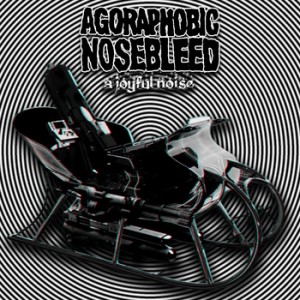 AGORAPHOBIC NOSEBLEED has released Make A Joyful Noise, their brand new holiday EP, as a free download for a limited time at this location. The EP, a return to form of the spastic cybergrind that made the band infamous, was originally released as a limited edition flexi-disc in issue #87 of Decibel Magazine. The issue is available for purchase here.

Norwegian symphonic black metal act DIMMU BORGIR have announced a series of upcoming European and South/Central American live shows. The currently announced dates are as follows, with more details
to be announced in the near future: