Ved Graven (fundamentally translated to “at the grave”) is ultimately the darkest material written by the band since their inception in 2004. Cold and raw, and with the bizarre aura of an everlasting funeral, THRONE OF KATARSIS recorded the seven rites of this album over three long nights, recording in total darkness. All instruments and vocals were recorded in a live séance in order to capture the aura the band creates during their convocations. Several guitar leads were added to this sinister mix, as well as an organ, recorded during a late night ceremony at a local church in Norway. 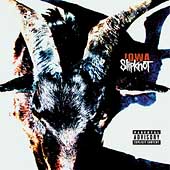 Den Headz, SLIPKNOT are readying a 10th anniversary edition of their 2002 outing “Iowa” for an October 18th release date via Roadrunner. While initial details are scarce, it appears the new edition of the effort has been digitally remastered and will feature 2 CD’s and 1 DVD. More details are expected once the release is officially announced.

Today some brave sailors went to explore Upstate New York only to lose their way and end up in the city of Buffalo to discover a CANNIBAL CORPSE! 70000TONS OF METAL, The World’s Biggest Floating Heavy Metal Festival now has 19 out of 40 on board and counting fast…

Make no mistake, 70000TONS OF METAL is not your grandma’s cruise. It’s also not one of the cruises that share the ship with normal cruise guests. This is an all heavy metal cruise! Can you imagine that? A whole luxury cruise ship full of metalheads? And since there is no backstage area you will have the opportunity to mingle side-by-side with the artists in this incredibly fan-friendly scenario that has no comparison. It’s like everyone has a backstage pass! 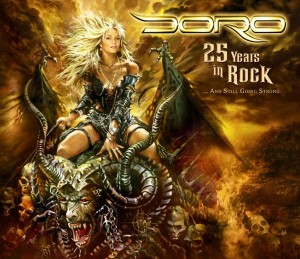 In addition to her two previously announced DVD release shows next month, German metal maven DORO PESCH will hold an extra special FREE in-store performance on September 3, 2011 at Best Buy in Fairless Hills, Pennsylvania. This will be DORO’s only Philadelphia-area appearance in 2011!

This will be an all-ages event. Don’t miss this rare performance!

In 2008, DORO celebrated her 25th anniversary concert at the ISS Dome in her hometown of Dusseldorf, Germany...
Read More 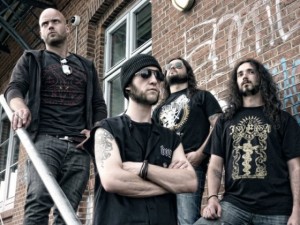 The Great Southern Darkness is scheduled for a North America release on September 27, 2011 via Metal Blade Records. Said Revolver in an advance review of the record: “The album combines vicious black-metal riffery with deep New Orleans stoner grooves to create a metal monolith that is equal parts northern blaze and southern trendkill...
Read More

Finland’s CHILDREN OF BODOM has booked the following live dates in Mexico:

No support act has been announced. These are the first dates of a greater South and Central American tour. More dates are expected soon.

Previously, the band announced the dates for Australia with supporting act Voyager:

Vocalist/bassist Jason Netherton has released the following comment on the tour: “This is an incredible tour that will no doubt be among the top concerts of the year, and an essential for any metalhead. We are super excited to be a part of it and excited to see all of our European friends out there supporting us and the other bands for a night of unbridled mayhem.” 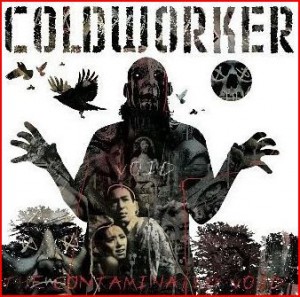 COLDWORKER have signed with Listenable Records and will release their new album “The Doomsayer’s Call” through the label this winter. The track listing for the outing will run as follows: 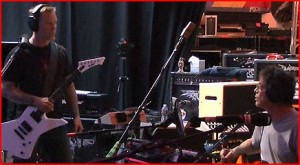 In what is sure to be one of the most talked-about alliances of the year, New York king of avant-rock Lou Reed has teamed up with best-selling heavy metal act METALLICA to record a brand-new album, entitled Lulu, which will be released by Warner Bros. Records on November 1st, 2011. The album was co-produced by Reed, Metallica, Hal Willner who has produced albums for Reed, Marianne Faithfull, and Laurie Anderson, among others and Greg Fidelman. Fidelman also mixed the record.

The idea for these two giants of modern music to work together was born after the 25th anniversary Rock And Roll Hall Of Fame concerts in New York City in October 2009...
Read More 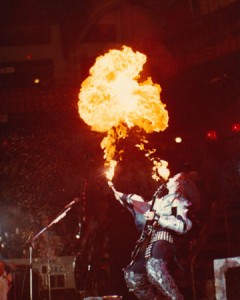 After 28 years, KISS’ Gene Simmons’ proposed to long-time girlfriend Shannon Tweed in Belize during an episode of Gene Simmons’ Family Jewels. According to BW&BK sources, The Demon of KISS has set October 1st as his wedding day

Together with Tweed for 28 years and the father of her two children, Simmons has famously sworn he would never get married.