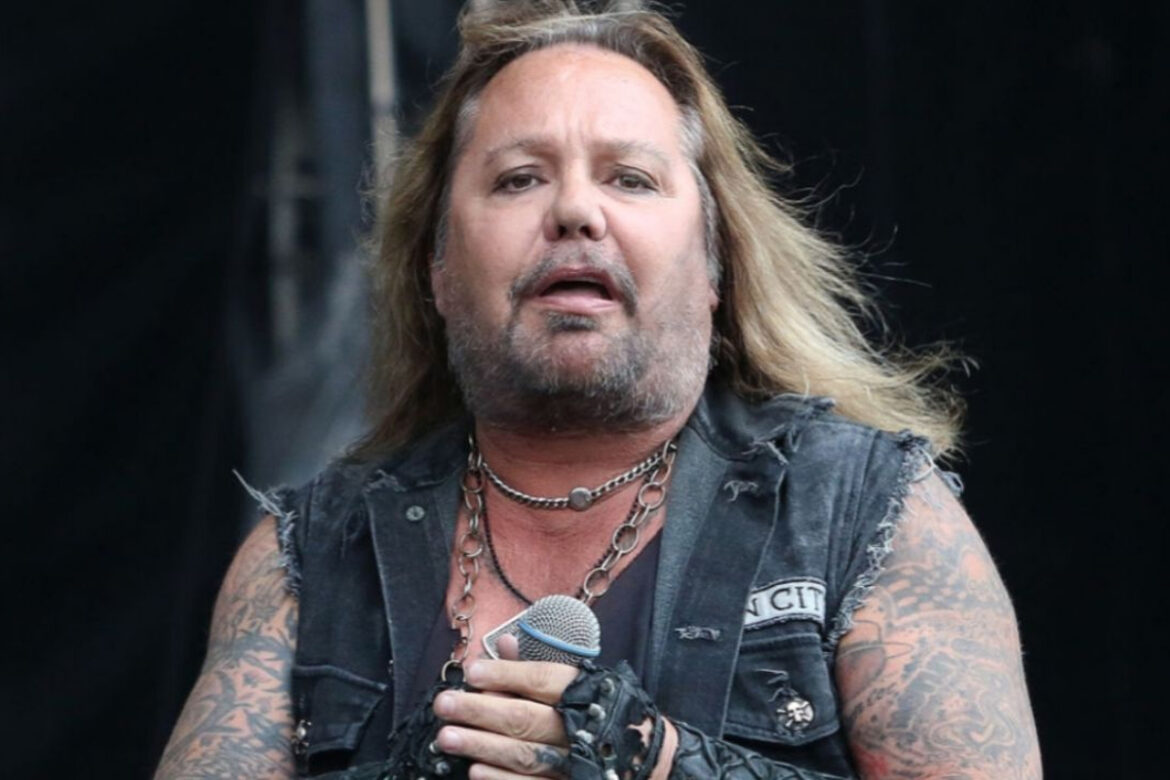 Troubled MÖTLEY CRÜE vocalist, Vince Neil, is undeniably the star of the biggest soap opera going in Heavy Metal today. Will he or won’t he be ready for the two time postponed Crue comeback tour?

Fans were shocked to see Neil forget how to sing at a recent solo concert, which forced the cancellation of all his gigs until later this year. For those who are actually interested, the rotund vocalist is scheduled to perform at events in September and October with his solo band.

(June 18th) “Batavia Downs Gaming & Hotel announced today that due to circumstances beyond their control, the concert on June 18th, 2021 will no longer feature Vince Neil. Batavia Downs hopes to welcome Vince to Batavia Downs next summer. Please note that any comments on this post that use profanity or degrade any artist will be removed and you will be banned from our Facebook page.”

With his once great rock legacy seemingly now flushed down the toilet, Neil is in desperate need of not only a drastic physical makeover, but also a change in his bad attitude, according to several sources. The epic tales of temper tantrums thrown by the vocalist over the years against his own bandmates alone should be enough to inform everyone as to the Empire State Building sized ego we’re dealing with here.

But it goes much deeper, and fans are now learning that Neil has been a much different man all along.

In a 2020 interview on the Chuck Shute Podcast, BulletBoys singer Marq Torien alleges that Motley Crue members called him racial slurs when they first met. Sadly, the main person to blame for the racial hatred attack toward Marq was none other than Vince Neil.

Torien who grew up in East Los Angeles says that his first ever meeting with Motley Crue was outside the Rainbow Bar & Grill.

The BulletBoys singer says he saw Vince Neil standing outside the club leaning against a brick wall and told Torien:

“Hey, beaner go home. We don’t need beaners in Hollywood, go home. Get the f#ck out of here.”

Torien says he became immediately offended and replied: “What the f#ck did you just say?”

“You heard what I said.” Neil shouted back claims Torien.

As the story goes, Torien then says a taller dark haired guy with bangs walked up and stated: “You heard what he f#cking said, we don’t need beaners in Hollywood. You need to go home wetback, get the F#ck out of here beaner.”

Torien says the second guy to say it was Nikki Sixx.

The group was arguing back and forth and it was described by Torien that there was tension there between Motley Crue and his friends.

Just as it was getting heated a 3rd man showed up.

Torien adds: “Out of nowhere, comes Tommy Lee. Whoa, whoa, what the f#ck man. Stop. Hey man, hey dude, this guy is cool. I know this guy, he’s in a great band, he plays the Troub and stuff.”

Torien says that it was Tommy Lee who stopped the near fight between Torien, his friends and Vince Neil and Nikki Sixx.

During the near 2 hour interview Torien speaks at length about his audition for Ozzy, his association with Ratt, and his audition for Motley Crue many years later after Vince Neil was fired.