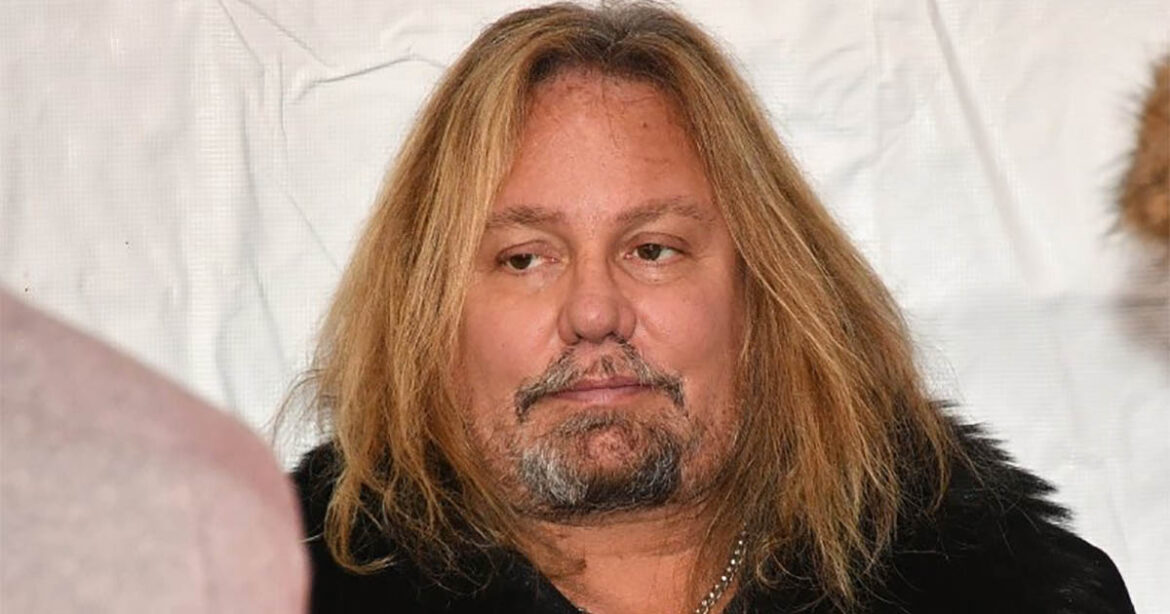 MÖTLEY CRÜE‘s troubled singer, Vince Neil, 61, for the second time in the past 12 months has reportedly ditched drug and alcohol addiction treatment. It seems Neil is not taking his problems seriously, as the Crue is literally under a handful of months away from their big comeback tour in America. As the story goes, Vince Neil insists rehab never works – because drug and alcohol addicts only use it to temporarily quit.

Neil has a long history battling his own addictions. Fans will remember that he was involved in a horrific car crash in 1984 which killed HANOI ROCKS drummer “Razzle”, born Nicholas Dingley, while he was driving drunk.

Fans can view below a screen capture of a man named Ritchie Thomas Jones, who claims to have seen Neil last night at a spot called Hot Tin Roof in Key West, Florida having drinks, most notably the aging rocker ordered a $10,000 bottle of Louis 13th.

First created in 1874, LOUIS XIII Cognac is an exquisite blend of up to 1,200 grapes eaux-de-vie sourced 100% from Grande Champagne and matured slowly inside oak casks.

Hot Tin Roof is said to “feature bright vibrant colors indicative of the overall style of the Ocean Key Resort & Spa. The restaurant’s 3,000 square feet of dining features indoor seating for 60 and an outdoor deck overlooking Key West Harbor, accommodating up to 40 people.”

Neil’s long standing problems with booze, purportedly is what led to the group’s split in 1992 and he did a short stint in rehab in 1997 after the band got back together.

However, Neil insists there’s “no point in forcing addicts to visit a medical center, because it won’t help them curb drinking and drug-taking forever.”

He says, “Most people go to rehab just to dry out, not to actually stop drinking or doing drugs. Usually they go there because they’ve been given an ultimatum by their wife or boss. They’re not there for themselves; they’re there because someone wants them to be there. That’s why it doesn’t work. You have to go when you want to go.”

Neil has accepted the fact he will be battling his demons until he dies.

He adds, “I don’t think I’ll ever have my drug problems licked. I still think about needles today. Thirty years later, I’ll still look at a needle and go, ‘F**k’. It’s quite an itch. But I haven’t thought about actually doing drugs in 15 years. I kind of cringe at that idea. That was for the old days. But I have a drink once in a while.”

Fans have witnessed the sad downward spiral of Neil for the past 2 years, including watching him quit singing in the middle of a song and quit performing at a concert, to falling off the stage and also posting a drunken Cameo video that is too shocking for words.

The Crue’s fans are freaking out now that a rumor begun to circulate that the “Stadium Tour” was going to be postponed for a third time, and it’s not exactly known yet if Covid-19 is the reason or if it’s because Nikki Sixx does not want to tarnish his band’s legacy by performing with a sloppy looking and sounding Neil.