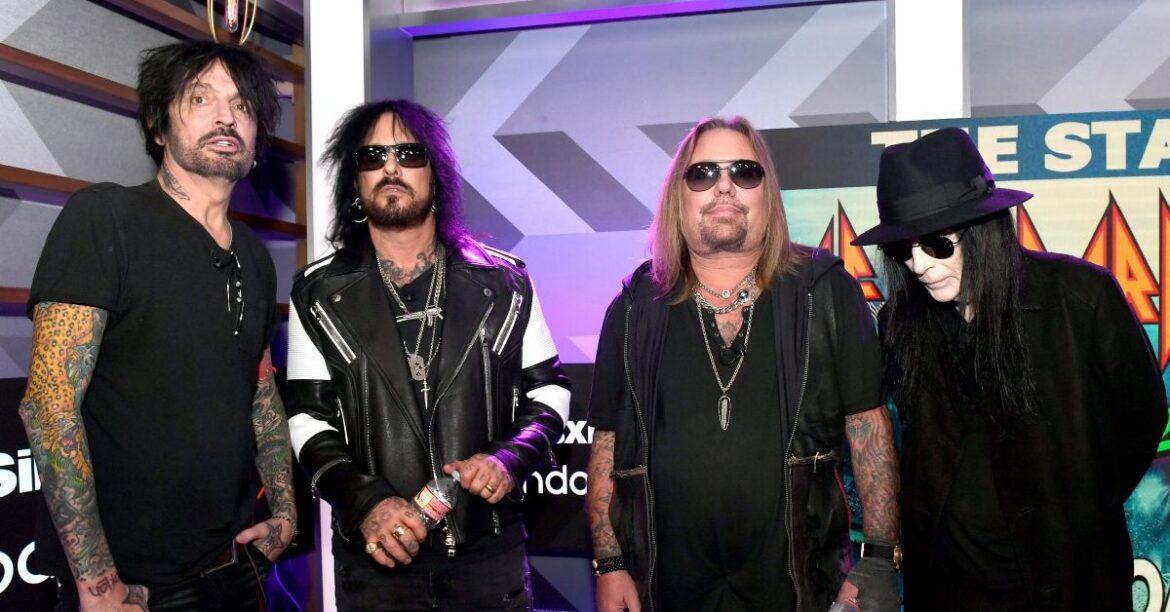 The biggest story in rock n roll currently is Tommy Lee breaking four ribs two weeks prior to the kickoff of the Crue’s big comeback tour.

TMD has been tipped off as to how exactly Tommy broke his ribs, and it’s so shocking that it makes sense why the band is covering it all up now. A source close to the Crue confirmed that a fight broke out during the Crue’s final rehearsal they held before leaving to play their first gig in Atlanta.

Believe it or not, the fight that caused the injury was between Tommy Lee and Vince Neil.

“Tommy was making jokes about Vince’s weight problem, and he just kept calling the singer derogatory names like “Fat boy” and “Vince Meal” during band practice, escalating to a big confrontation between the two.”

MÖTLEY CRÜE kicked off The Stadium Tour on June 16th at Truist Park in Atlanta, Georgia and Lee only performed roughly half the band’s set before quitting and confessing to the crowd that he broke four ribs. The next couple gigs saw Lee play less songs, down to only three.

“The worst part,” the source adds, “is that when Vince attacked Tommy, he actually tackled him like a football player, and it knocked the drummer back into his drum kit where he fell onto one of his cymbals really hard.”

Amid the chaos, Tommy Clufetos stepped in to be the Crue’s replacement drummer for all of the tour dates, because by the time Tommy Lee fully heals from this injury, anywhere from 2 to 6 months, the glam band’s over-hyped comeback tour will be over.

According to an online medical expert:  “If more than three ribs are injured, the condition is called a flail chest. In this case, there is not enough space for the lungs to expand.”

“Any blow that is hard enough to fracture a rib could also damage other parts of your body, such as the lungs, spleen, or blood vessels. That’s why it’s important to have x-rays and other imaging tests as well as a physical exam.”

In Lee’s case, he was told by his doctor not to perform any drumming during the long healing process. Despite that, Lee is adamant that he will be performing a few songs to start each concert before turning the sticks over to Clufetos.

As the story goes, the Crue’s leader, Nikki Sixx, wanted to postpone the comeback tour a third time, but Mick Mars convinced him that if they don’t do these concerts now, he and Vince Neil might not be in good enough physical shape to pull it off. So instead of risking fans “demanding refunds” and emptying the seats, they decided to just move ahead and deal with the situation the best they can.

Tommy added, “The doctors told me, ‘No playing, bro. No playing.’ And I was like, ‘Are you f—ing high, bro? We’ve got a f—ing tour to do!’ So anyway, I ain’t sitting out for s–t. My boy’s gonna help me out here and I’ll see you guys later. On with the goddamn show.”