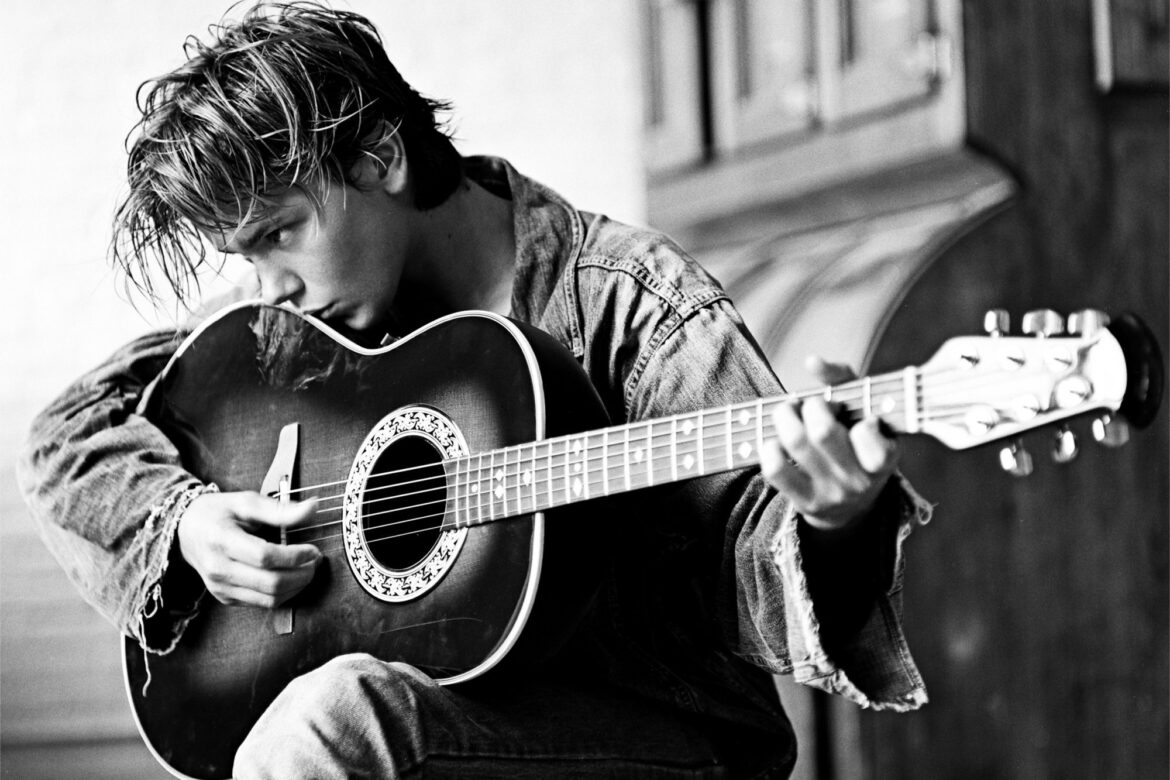 HOW TO KILL ON HALLOWEEN: The ’93 Murder Of River Phoenix (Part 3)

When I began investigating the tragic death of late Hollywood actor, River Phoenix, I uncovered some disturbing facts which support my theory that the dead film star was murdered on Halloween night as part of a Satanic ritual. It all centers around a cast of characters hellbent on killing a rising movie star.

As the story goes, actor/rocker Johnny Depp, guitarist of THE HOLLYWOOD VAMPIRES, at one time during the early nineties, was co-owner of The Viper Room nightclub where allegedly two mysterious deaths are connected to. The first being late actor River Phoenix… and the second being Depp’s estranged partner in the club who simply vanished into thin air.

Depp’s nightclub existed on the site of the former The Melody Room, which was once visited by the likes of famous gangster Mickey Cohen in the 1950s. Phoenix died on Halloween, the highest occult holiday to the Illuminati for human sacrifice purposes; his name change from Bottom to Phoenix holds major occult significance.

It is my belief that Phoenix was lured to his death at the Viper Room, where others awaited the young movie star, such as MINISTRY’s Al Jourgensen, Married With Children’s Christina Applegate, Flea and John Frusciante of the RED HOT CHILI PEPPERS, along with Depp himself.

After John Frusciante gave River the liquid speedball River asked Frusciante what was in it and then called out to Depp to tell him that he was dying.

Depp deliberately would not let River Phoenix jam with the other musicians on stage the night he died, which supports my theory of foul play plus premeditation, and it was Depp who allowed Phoenix to be handed a cup with 8 times the lethal limit of drugs in it. Phoenix convulsed and died in front of the late star’s brother and sister. Depp never got River Phoenix help. He did not even call 911.

Did you know that Johnny Depp also skipped out on the memorial for River Phoenix?

Did you know that Johnny Depp refers to himself as’ King Vampire’ in his band THE HOLLYWOOD VAMPIRES?

Let’s not forget the strange missing persons case of Anthony Fox, who was Depp’s partner in the Viper Room club. His whereabouts are still not known. It seems there is something extremely evil going on, and all fingers point back at Depp.

“Fox was scheduled to testify in court shortly after his disappearance. He was in the process of suing five people over financial problems at his business, a West Hollywood, California nightclub called The Viper Room, which he had co-founded with the actor Johnny Depp in 1993. The club was frequented by Hollywood celebrities, and gained notoriety when actor River Phoenix died of a drug overdose just outside it on Halloween in 1993. Depp was one of the defendants in Fox’s lawsuits. Fox had accused Depp of defrauding him of millions of dollars in profits. Fox went missing before the lawsuit could be brought to a conclusion. In 2004, Depp turned over his share in the nightclub to Fox’s daughter, who resold it. The current owners are Darin Feinstein and Harry Morton, son of Hard Rock Cafe founder Peter Morton. It is unclear what caused Fox to vanish, or whether The Viper Room or the pending litigation had anything to do with his disappearance. His case remains unsolved.”

Among occultists, Halloween is said to be the birthday of Satan. River was no stranger to Satanic abuse during his short life, and I believe he ultimately knew he was a target of Depp and the elite ‘Vampire’ coven:

“In 1972, River Phoenix’s parents decided to join the Children of God cult. Led by David Berg, the group would later become infamous for its widespread sexual abuse — especially of children. And while the Phoenix family reportedly left before the abuse became rampant, River later said that he was raped at the age of four while his family was still active in the cult.”

“I knew he was high that night, but the heroin that killed him didn’t happen until he was in the Viper Room. I have my suspicions about what was going on, but I didn’t see anything,” said River’s girlfriend Samantha.

She witnessed River engaged in a scuffle with another man as they were pushed out of a side door by a club bouncer.

The next moment River began to have convulsions on the pavement. This is when Samantha attempted to get back into the club to get help and asked the other man what they were on.

Samantha bolted back inside through the main door to alert River’s siblings – and it was River’s younger brother, Joaquin, who assisted by calling 911.

It was reported River was stumbling around, telling people he “didn’t feel good”, and saying rather incoherent statements. No one did anything, believing that he was just high and did “not seem that bad off”.

Depp allowed then-underage Joaquin Phoenix into the club that night.

River’s last scenes in his final film Dark Blood went missing, just like Brandon Lee’s last scene where he was murdered. It’s said they were going to burn and destroy this film, but the director broke in and stole it before they could destroy it. This film was ultimately released in 2012 and would be River’s final filmed performance.

River’s mother, Arlyn “Heart” Phoenix, published an open letter in the Los Angeles Times on her son’s life and death. She firmly thought that ‘bad influences’ were the cause of Phoenix’s ‘spiral into drugs and his death’, straight up implying Depp himself played a role.

It took a long time before Samantha Mathis would speak out about River… twenty-five years to be exact. She finally shared her side of the tragic story in 2018.

Then there was Johnny Depp’s relationship with Kate Moss, the very model who emphasized ‘heroin chic’. Moss was influenced by Johnny Depp to become a drug addict, and she would detail his volatile, drug-fueled mood swings.

According to a numerology expert, River’s death lines up some important things in a fascinating manner:

He died at club ‘The Viper Room’…70 days after his 23rd birthday.

River Phoenix grew up in the strange elite sponsored pedophilic ‘Children of God’ cult. His date of birth numerology fits.

As I dug deeper, I learned that River Phoenix had apparently violated the cult’s strict code of secrecy by discussing his early sexuality with reporters. There is belief among researchers, including myself, that he was killed to prevent talking about the cult.

“The Children of God (Cult), a.k.a. the Family, was founded by David Berg in the late ’60s. By 1981, it boasted more than 2,000 homes in 76 countries. The group emphasized the cutting of family ties, discipline and commitment to cult beliefs, which included total devotion to cult activities on the part of children of members. The group’s activities triggered a 18-month investigation by New York’s Attorney General’s Office in the 1970s, which led to a 1974 report alleging that cult members were engaged in kidnapping, imprisonment, virtual enslavement, prostitution, polygamy, rape and sexual abuse of children and incest. Former child members include actors Joaquin Phoenix, his late brother River and Rose McGowan. River Phoenix overdosed, mysteriously died on Halloween Night. (Blood Sacrifice).  Joaquin Phoenix is a Monarch Slave, whom has multiple personality disorder due to the trauma induced. He was sold into the Mk-Ultra project by his family. The Phoenix family was greatly involved in sexual abuse and children programming.”

An anonymous fan points out some excellent details in the actor’s death:

“The autopsy showed that River had not been using, had certain drugs been present, broken down pieces of certain drugs or metabolites that break down drugs are present, as if the body had been metabolizing them over time and none were there, except some cold medicine (for a cold he’d talked about having at that time) and that fatal Persian brown liquid in his stomach that hadn’t even been broken down very much. Then there was that weird interview with Peter Bogdanovich (now found on the DVD for “The Thing Called Love”) where he talks about the level of jealousy found in Hollywood, how he was angry ( perhaps because he suspected foul play?!)”

“River had just returned from the desert where he was filming for about 6 weeks. He was clean, but had the Halloween weekend off, and was in LA, and decided to meet friends and do some partying. He had done some coke at the hotel room before heading over to the Viper room. There he had a drink and later went to the VIP bathroom where John Frusciante gave him brown heroin… which River assumed to be coke. The heroin he took was 8-10 times a lethal dose, River trusted his friend and did not know what he was taking.”

Another numerology expert, Brother Berg, takes us further down the rabbit hole:

“River Phoenix died on Halloween, 1993, at the Viper Room on Sunset Blvd. He was 23. This was most assuredly a blood sacrifice on a Satanic holiday, most likely to initiate Johnny Depp into the Hollywood elite. Depp was part-owner in the club and playing on-stage with Flea while Phoenix collapsed into convulsions outside, presumably having been poisoned, as if bit by the viper. Both River and his brother Joaquin were child members of the Children of God cult, and would both have been under the influence of trauma-based mind control.”

Last year, a woman named Esther Olson posted her own opinion piece on why she doesn’t trust Johnny Depp:

“The court ordered Johnny Depp to turn his shares of The Viper Club over to Fox’s daughter, because he was actively hiding profits and defrauding Fox. During this time, Depp’s activities grew increasingly suspicious and sketchy. Depp left the United States and moved to France, where he stayed for approximately a year after Fox vanished. In 2018, twenty-five years after River Phoenix overdosed in his club, Johnny Depp finally agreed to give an interview with Rolling Stone magazine, breaking his silence on River Phoenix’s death. He was also in the midst of settling another, $25 million fraud dispute with his former business managers. During the interview, he was clearly using drugs, mainly marijuana, and heavily intoxicated. He had and still has a history of alcoholism. This alone demonstrated his history of major drug use and encouraging drug addiction in others, such as Kate Moss implied in her story.”