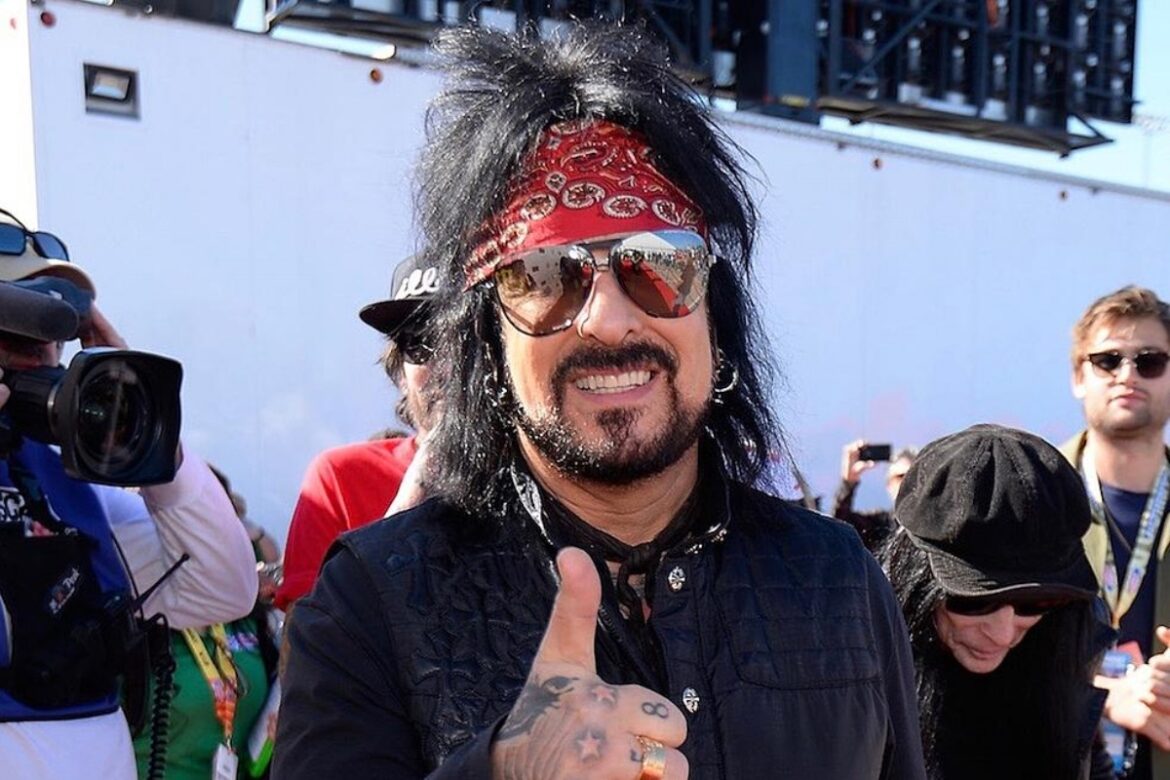 In the most shocking turn of events, legendary MÖTLEY CRÜE bassist, Nikki Sixx, has purportedly issued an ultimatum behind closed doors to his lead singer, Vince Neil, and TMD is being told that he demanded the troubled vocalist lose at least fifty pounds before they are scheduled to make their live comeback in the summer of 2022 or he is going to be replaced by ex-Crue singer John Corabi.

Today, Blabbermouth.net, broke a story that shows just how desperate Vince is to make Nikki happy.

Vince Neil is trying out a new toning machine in an apparent effort to get in shape for MÖTLEY CRÜE‘s upcoming “The Stadium Tour.”

On Thursday (September 2), Neil took to his Instagram to share a video of him at what appears to his home gym, and he wrote in an accompanying message: “Trying it all! Check out Emsculpt Neo abs, They say it’s 20,000 crunches in just 30 minutes!! #EmsculptNeo #emsculptpartner #moremusclelessfat #emsculpt @BTLAesthetics”.

Three months ago, Neil made headlines when he struggled to complete his solo concert at the Boone Iowa River Valley Festival in Boone. Based on fan-filmed video footage of the May 29 gig posted on YouTube, the 60-year-old rocker, who hadn’t performed in more than a year and a half due to the COVID-19 pandemic, began losing his voice several songs into his set, which consisted exclusively of CRÜE classics and cover songs previously recorded by the band.

14 songs into the performance, Vince attempted to sing CRÜE‘s smash hit “Girls, Girls, Girls” but gave up mid-song, explaining to the crowd: “Hey, guys… I’m sorry, you guys. It’s been a long time playin’. My fuckin’ voice is gone… Eh… We love you, and we’ll hopefully see you next time, man. Take care.”

The anonymous source tells TMD that a massive fight happened between Vince and Nikki a week ago over the obvious issues the legendary glam singer is having with losing weight and staying sober.

It’s being said that Nikki threatened to fire Vince and replace him again with John Corabi, but Vince got really angry and vowed he was going to lose the weight “no matter what it takes.”

Latest News: Vince Neil – That Time He Got Kicked In The Belly For Hitting A Man With A Pizza Box! 😂🤣https://t.co/qG7QjaV5vk @MotleyCrue pic.twitter.com/3VJZzqe7mh