“Let’s start this new year with welcoming the two savages Sebastian Ramstedt and Johan Bergebäck back to the band. From today, they will handle the guitars, a part that has been single handed in the recent years. Why is this happening now? What happened to Fredrik?

“The last couple of years, Fredrik has been handling all the guitar parts as a single guitarist. He is a great guitar player, but he can’t play two guitars live and to have two guitarists is an important part of our sound – especially live. The music is written for two guitars. It has been so in the past and it’s still so today... 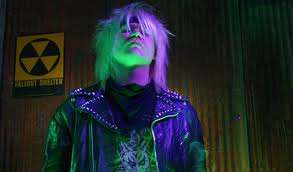 TOXIC HOLOCAUST mainman Joel Grind has checked in with the below update regarding the band’s forthcoming new album. This coming March the band will be out on the road as part of this tour with Nails and Gatecreeper.

“New Toxic album is about 90% finished, still need to finish up some arrangements and some lyrics but it’s getting close. Once everything is dialed in I hope to start recording in February.

It’s shaping up to be a little more fist pumping and rock n roll than previous stuff but still kinda has that D-beat shit going on from the last record. No wimp out, still gonna be raw and gross.

Also, this will sort of be a return to the origins of the band in a way as it will be a solo effort like back in the old days... 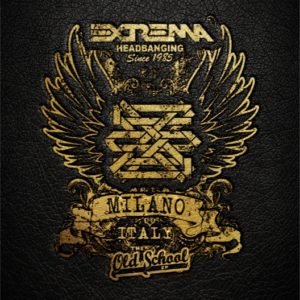 Italian thrash metal band EXTREMA have announced dates for their Italian 30 Years Of Headbanging tour, slated to kcik off on February 3rd in Borgo Priolo.

Extrema released their new effort, The Old School EP, on May 27th via Punishment 18 Records. The EP features five tracks originally written during the band’s heyday – primarily unheard as finished recordings until now. 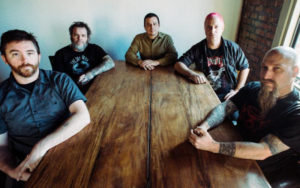 “Ending the year as we began the year. Last December at this time we were spending our 30th anniversary recording and mixing Fires Within Fires. 365 days later we are together in a small cedar cabin in North Idaho writing riffs and seeing where the sound gods take us after such a monumental year.

“Our year in brief summary: 3 amazing 30th anniversary shows in SF with heroes and brothers alike; 2 more at the unrivaled Roadburn festival; the release of the ‘Strength and Vision’ boxset of our entire catalog; a European tour including our first time in Portugal; the release of our 11th album, ‘Fires Within Fires;’ the Decibel Neurosis Issue and album of the year in Terrorizer and Cvlt Nation; a short trip to London to play with teenage ... 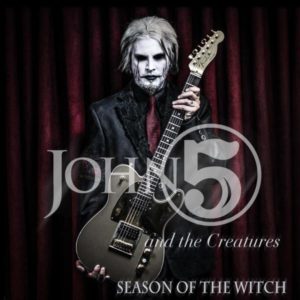 How does one define John 5? Is he rock? Is it country? Is he heavy metal? What about emo, industrial or bluegrass? Truth is there is no one set genre to fit John 5. In a world where music must be defined, John 5 breaks every mould by continually changing and adapting his style. Although he is unmistakably John 5 in his sound, he mixes around with the foundation with every new track he writes, every album he guests on and every time he picks up the guitar.

John 5 and the Creatures are booked to tour starting on March 3, setting out on a t...
Read More

Germany’s PYOGENESIS will release their new album, A Kingdom To Disappear, on February 24th via AFM Records.

“Sleep Is Good” (Intro)
“Every Man For Himself And God Against All”
“I Have Seen My Soul”
“It’s Too Late (A Kingdom To Disappear)”
“New Helvetia”
“That’s When Everybody Gets Hurt”
“We (1848)”
“Blaze, My Northern Flame”
“Everlasting Pain”

24 years PYOGENESIS means tours and fans all around the globe, playing in front of 560,000 people in Hungary, performances at Rock am Ring /Rock im Park or Wacken and #1 in MTV’s viewer charts. Besides that, the band co-invented the genre “Gothic Metal” in the early 90s.

PYOGENESIS were the first band to be announced for WACKEN OPEN AIR 2016!

Pyogenesis is a German ban...

DARKEST HOUR has now released a drum playthrough video for the song “Knife In The Safe Room,” taken off the “Godless Prophets & The Migrant Flora” album due out in March of 2017. The band comments:

“Know what was bad ass that happened in 2016? We tracked this album! Here is video of Travis tracking ‘Knife in the Safe Room!’

“You can get the single as an instant download if you pick it up from iTunes, OR as an immediate download, if you pick up one of the packages from Southern Lord Recordings – either way you get to hear it right now so crank up them iPhones or whatever you all listen to music on and distort everything! 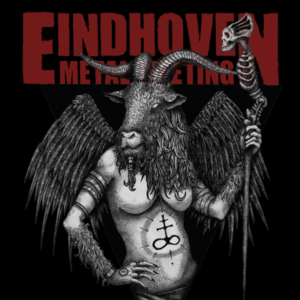 The organizers of the Eindhoven Metal Meeting 2016 edition just released an official recap showcasing some of this year’s highlights.

The clip was created by Ik Wil Ook Een Videoclip and features music by Destruction. Check it out HERE.

Be ready to headbang next year on the 15 & 16th of December, 2017 for the next Eindhoven Metal Meeting!

The loudest festival of the Netherlands (black/death/thrash/doom metal & grindcore)! The ultimate pre-xmas metal meeting with bands and visitors from all over the world!

Go there by car, bus, train or flights. Best connections in Holland! Airport is located in Meerhoven some 20 minutes from the venue which is located just outside the trainstation in the very city-centre...

AVATAR – Post Making Of ‘The Eagle Has Landed’ Video 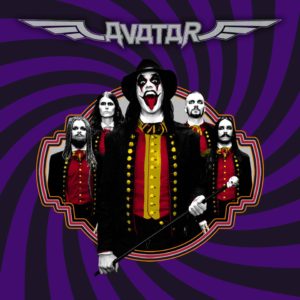 Want to take a look inside the making of AVATAR’s video for the song ‘The Eagle Has Landed’ and how it was done? View the clip below.

A dark, twisted circus sideshow that’s built around bombastically grooving melodic death n’ roll is swinging forward with captivating glee, mesmerizing merriment and the plundering power of lethal pirates toward those brave souls who hand over a ticket to be torn by Avatar and their Black Waltz, the fourth album and first proper American release from the Swedish masters of mayhem.

Within Avatar’s diverse songs, a steady focus on the fluid and organic power of the riff (recalling the thunderous foresight of heavy metal’s original wizards, Black Sabbath) takes flight combined with an adventurous sprit veering off into the astral planes of the psych...
Read More 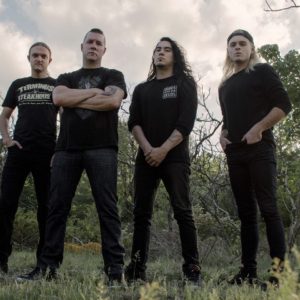 Check out ANNIHILATOR performing “Set The World On Fire” live at Bang Your Head Festival 2016. View the footage below.

Catch the full show and much more on Annihilator’s upcoming release “Triple Threat,” due out January 27th, 2017. An acoustic track from that wide ranging release can also be heard HERE.