MAYHEM have announced a new tour of Mexico in 2016. The band will kickoff the exclusive four-date appearance on January 27 in Monterrey, and will continue throughout the rest of the month before concluding in Guadalajara. A full list of confirmed tour dates can be found below.

“…AND THEN THERE WAS FOUR! We are pleased to announce that Vili Köhäri joins Mörbid Vomit as a drummer. We want to thank everyone who came to the shows, bought our album and spread the word in 2015 but this is only the beginning. See you next year, have a good one!” 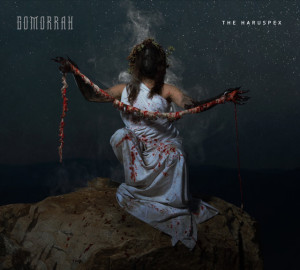 GOMORRAH are streaming the new track, “Nine Kings Of Sulphur”, off their upcoming album The Haruspex, due out on January 15th via Test Your Metal Records. Listen below. The album is available for pre-order HERE. 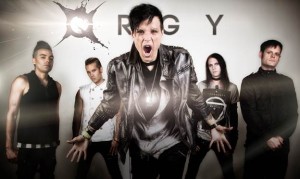 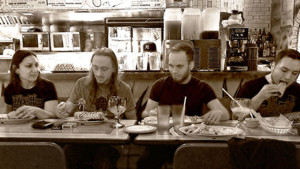 Chicago’s TRIALS have announced that the band is going on indefinite hiatus. The band released the following statement:

“As some of you may have already guessed by our lack of recent activity, for various reasons Trials is no longer an active band. All four of us remain friends and are proud of what we achieved together. We would like to thank everyone who supported us during the past eight years and three albums. Whether you were hearing our demo back in 2008 or blasting This Ruined World this past summer, it has been a privilege to make music for all of you.

“Of course, none of us intend to stop making music entirely. Mark Sugar (vocals/guitar) has a new endeavor in the works called Black Sites...

MÖTLEY CRÜE will play their final two shows of their thirty-four-year-long-career tonight and tomorrow at Staples Center in their hometown of Los Angeles. To celebrate their mark in rock music’s history and in honor of their devoted fans, the band has announced a full-length concert film of the final performance, which will also include exclusive interviews and behind-the-scenes footage of the last week of the tour, to be released in 2016.

After thirty-four years performing together, “The Final Tour” has seen the band perform all across the globe, visiting an impressive five continents since July 2014 (North America, South America, Europe, Australia and Asia) for a total of more than 164 shows... 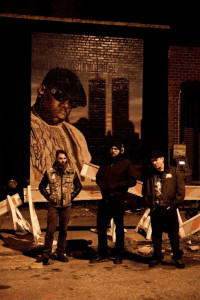 Evolving from its earliest incarnations, Dregs took on an entirely new aspect in recent weeks, the final product yielding more than an hour and ten minutes of material. Countless nocturnal recording expeditions and marathon mixing sessions have resulted in some of THEOLOGIAN’s most demoralizing material in years, with wells of harsh industrial chaos merging with rapturous end-time melodicism... 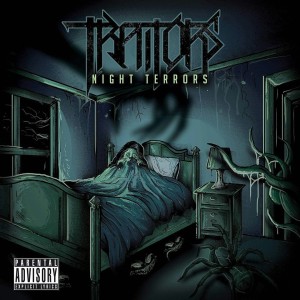 TRAITORS is due to release the “Night Terrors” EP this coming Friday, January 1st, and today a lyric video drops for the track “Burnout.” Check it out HERE.

This newly unleashed song features Trevor Strnad of The Black Dahlia Murder. Traitors is also gearing up to kick off a U.S. trek on January 1st. 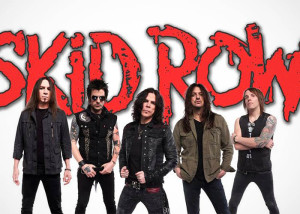 Den Headz, lead vocalist Tony Harnell has confirmed that he has indeed joined the long list of singers who have been shown the exit out of SKID ROW, only less than a year after he first joined the band. Writes Harnell in a Facebook post on Tuesday (December 29): “I’m sorry to inform everyone that I’m no longer the singer for Skid Row. I thank the fans for their love and support.”

This of course opens speculation about a possible Skid Row reunion with ex-vocalist Sebastian Bach, giving the fans what they have always wanted, a reformation of the heyday lineup that put them on the map as part of the hair metal scene in the 80’s – now that GUNS N’ ROSES with a reunited Axl & Slash has been confirmed. 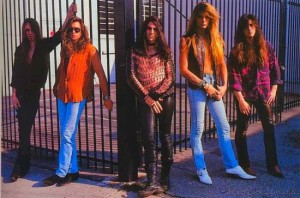 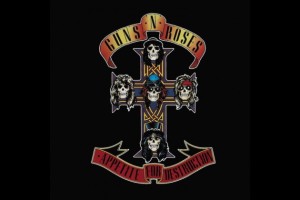 According to Billboard, GUNS N’ ROSES, with founding members Axl Rose and Slash, will headline the Coachella Music & Arts Festival in Indio, CA, set for April 15th-17th and April 22nd-24th 2016. The reunited band is also negotiating with promoters to play as many as 25 football stadiums in North America in the summer of 2016, and is scheduled to be one of the first acts to play the new Las Vegas Arena, set to open April 6th. Sources say Guns N’ Roses is said to be asking as much as $3 million per show, with tickets topping out in the $250-$275 range.

This past weekend, reports began circulating that fans who went to see Star Wars: The Force Awakens in cinemas were unexpectedly treated to a brief trailer featuring the Guns N’ Roses classic “Welcome To The Jungle” being played over b...