SUPERJOINT – Kicks Off US Tour TODAY In Lubbock, Texas 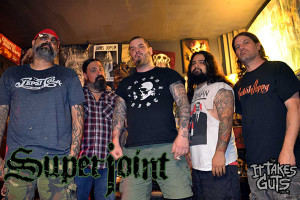 Reanimated volume dealers, SUPERJOINT, kick off their US tour today in Lubbock, Texas! From there, the band will pillage Window Rock, Arizona before joining Danzig’s annual Blackest Of The Black tour as direct support. Slated to commence on October 3rd in Tempe, Arizona and run through October 31st in Los Angeles, California, the Blackest Of The Black gala will level eighteen cities, including a stop at this year’s edition of Rock And Shock in Worcester, Massachusetts, with additional SUPERJOINT headlining dates scattered throughout the journey. The trek serves as a precursor to SUPERJOINT’s appearance at the third annual Housecore Horror Fest in November. See all confirmed dates below.

This week a Facebook page was launched for a new band called SCOUR. Why is this newsworthy? Because the lineup of this band consists of Philip Anselmo (Pantera, Down), Derek Engemann (Cattle Decapitation), John Jarvis (Pig Destroyer, Agoraphobic Nosebleed), Chase Fraser (Animosity), and Jesse Schobel (Strong Intention). 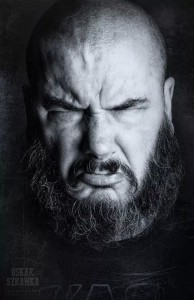 In a recent interview with Hellbound.ca, Anselmo suggests that he and his bandmates might complete a new EP this winter:

“I think (there’s) one of the fellows from Cattle Decapitation, bu... 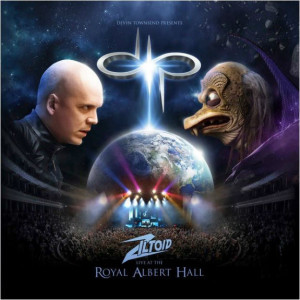 Earlier this year, Devin Townsend Project played a sold-out show at London’s Royal Albert Hall venue, bringing the story of Ziltoid to life on stage, as well as playing tracks from across his back catalogue.

This larger-than-life evening was captured on film and is set to be released on November 13, 2015. Shot on 15 high-definition cameras, it was directed by Paul M Green (Devin Townsend, Opeth, BB King, Steve Hackett) and features special guests such as Dominique Lenore Persi (Stolen Babies), Chris Jericho (world-famous wrestler and singer of US band Fozzy) and Jean Savoie, with video narration by Bill Courage, as well as 12 singers & actors as cast and choir.

Townsend states: “The show at The Royal Albert Hall was a great experience...

Van Halen are in the final days of their 2015 North American tour, which wraps up October 4 at the Hollywood Bowl. 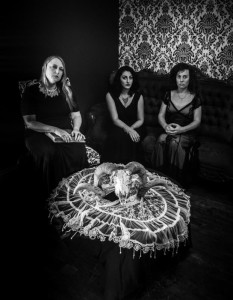 In conjunction with the release of Landless, EIGHT BELLS will serve as direct support to Voivod and Vektor on their Northeastern US Winter tour with dates to be announced in the coming weeks.

EIGHT BELLS was forged in 2010 by Melynda Jackson (SubArachnoid Space) and began as a songwriting collaboration with jazz-train... 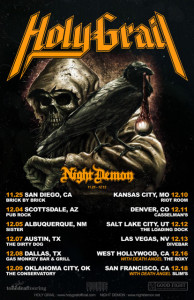 Los Angeles-based powerhouse HOLY GRAIL have announced a series of headlining tour dates in December featuring direct support from fellow West Coast metallians Night Demon. The quintet will round out the tour by joining thrash legends Death Angel for two Christmas shows alongside Flotsam And Jetsam.

The band stated, “One does not simply play Christmas shows with Death Angel and Flotsam And Jetsam without at least a five-show running start. Yule regret missing these winter shows with Night Demon.” 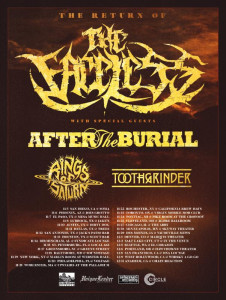 Following a period of radio silence in recent months, malicious ailiencore invaders, RINGS OF SATURN, will storm through sectors of the continent this Fall with a plethora of new tour dates, including a North American mission supporting The Faceless.

The report on the impending North American attack was just broadcasted this week, confirming that RINGS OF SATURN will forge an alliance with After The Burial and Toothgrinder as a three-pronged support force for The Faceless on a nearly thirty-date invasion, running from November 5th through December 11th... 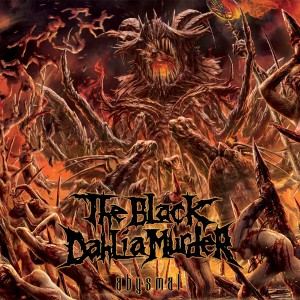 THE BLACK DAHLIA MURDER’s devastating new album, Abysmal, serves to once again demonstrate why they are considered one of the most vital bands in contemporary death metal. The blistering new effort debuted at #45 on the Billboard Top 200 Chart, as well as making very impressive debuts across the globe. See below for all first week charting specifics

The band just completed filming a first video from “Natural Causes” for the song “The Calling,” which was shot in Orlando, FL and directed by David Brodsky of My Good Eye NYC. Stay tuned for that release, and in the mean time check out a sampling of all the tracks off the album HERE.

Self-produced at The Porch Studio in Orlando, Florida with engineer Tim Laud, the guys maintained their singular perspective with “Natural Causes... 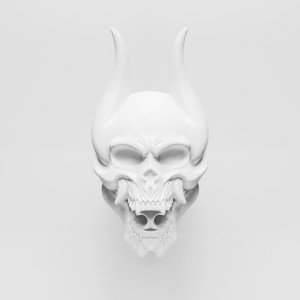 TRIVIUM has launched a full album stream of their new record, Silence In The Snow. The effort will hit streets on Friday, October 2 through Roadrunner Records. Check it out below.