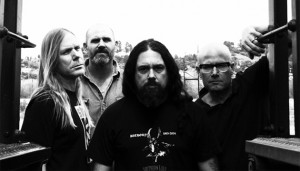 With GOATSNAKE’s newest LP in a decade-and-a-half, Black Age Blues, nearing its unveiling in early June, this weekend the band has several special Southern California pre-release actions planned. First up, this Saturday, May 2nd the band will venture out to secluded Pioneertown for a one-off show at Pappy and Harriet’s. The next day, Sunday, May 3rd, sees the band hosting a public record listening party in Los Angeles where members of GOATSNAKE will be in attendance and fans can hear the entire album a full month before its release.

Following this weekend’s actions, the band also has a record release show in Los Angeles on May 20th, followed by their first performance at Maryland Deathfest just days later... 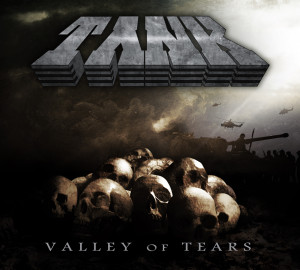 “Valley Of Tears”, the new album by the British heavy metal band, TANK, has had its release date pushed back to September, 18th from the previously announced June, 8th. Cliff Evans, the band’s guitarist comments the situation in an official statement:

“We’ve decided, along with our label Metal Mind, to put the release date for our 10th album ‘Valley of Tears’ back until September 2015. Originally planned for release in June, we now feel that the album really deserves more time and attention during the mixing stage to get it exactly how we want it. Having ZP Theart on vocals has upped our game once again and the attention to detail in the albums production requires more time to get it exactly how we want it. ‘Valley of Tears’ will definitely be worth the wait!” 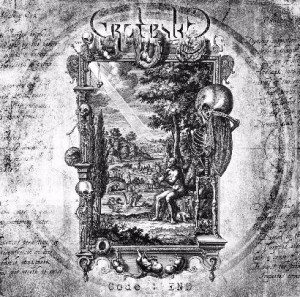 Austrian label Cursed Records will release the new GROTESKH album, Code: End, on May 15. The band recorded the album during this past winter.

Groteskh was founded by guitarist Malthus Holytoxicomaniac (Hellsaw) and guitarist Goreman (Obscure) in the year of 2010. Necrosodomizer (Vomition) joined the band in 2011 and the perfect match for the drums was found in T. Martyr (Irdorath) in 2012.

Together the band created their first album Unconsciousness in cooperation with the German Dreamsound Studios Munich together with Mario Lochert (Emergency Gate). The album was released via Noisehead Records.

In 2013 almighty Isiul (Hellsaw) joined the band to strangle guitar strings instead of Malthus, who would only concentrate on the vocals of Groteskh. 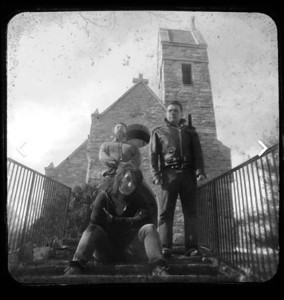 Comments Goldberg, “”Tim Otis is one of my best friends, and I’ve been a big fan of his drumming in Admiral Browning since I moved down to the northern Virginia area in 2008. When it became evident that Sam Lohman would not be able to continue playing drums for AKRIS this past January, Tim officially joined the band. Soon after, the decision was made to have our mutual friend Paul Cogle join on guitar...

Headless Crown was formed as a duo in 2011. After a few lineup changes, the band are now destroying your ears and live stages as a quintet. Headless Crown plays powerful classic heavy metal with melodic vocals, but with a modern approach and sound.

Says the band: ”Headless Crown is proud to have signed with the legendary label Massacre Records, and to be part of it’s long history. We’re looking forward to do some good work together and bring HC to the metal crowds of the world!” 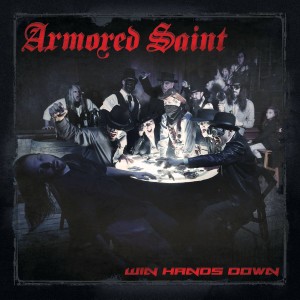 Los Angeles, California’s ARMORED SAINT is set to release a seventh studio album this summer. The album, “Win Hands Down,” is all things Armored, a vintage crush of classic power propelled by a cathartic blast of life in the year 2015.

The album is scheduled for release on June 2nd in North America, with release dates for June 1st in Europe/UK, and May 29th in DE/CH/AT. A limited number of European deluxe box set bundles have been imported for North American fans. Those bundles can be ordered now at this location.

Armored Saint is also proud to be joining the legendary Saxon for a few select, high profile shows across the country from May 12th through May 30th. The group will also only be performing one, very special headlining date in the U.S... 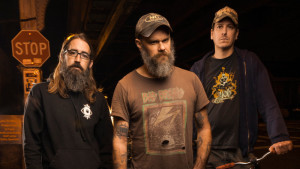 Notorious sludge outfit WEEDEATER are streaming a new track taken from their highly anticipated new album, ‘Goliathan’. The track, titled “Bully” is streaming at NPR. ‘Goliathan’, will be released on May 19th in North America. Listen to the rocking new tune HERE. 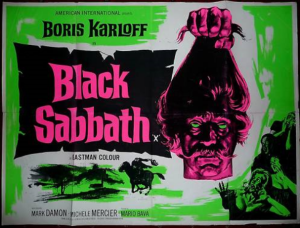 Den Headz, the future of BLACK SABBATH has been up in the air in recent months. It was first announced that their headlining set at Japan’s Ozzfest would be their final gig, but then came the announcement that the band were no long part of the lineup.

Ozzy Osbourne cleared matters up during a press conference for the Monsters of Rock festival in Brazil, putting end to any speculation about the pioneering metal band’s trajectory. “The plan is that next year [is the] final Black Sabbath tour and album.”

Just because Sabbath is coming to the end of the road doesn’t mean that Ozzy intends to put on his slippers and lounge around his Palace of Darkness.”Being in the music business keeps me really young,” he says. “When you hit 60, people ask, ‘Are you gonna retire?’ F— no, man... 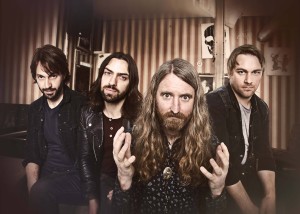 “The Answer have come up trumps here. Theirs is still a euphoric sound that kicks classic rock’s tired arse out of bed like it’s hungover and late for a bus call” Kerrang! (KKKK March 2015)

“The Answer have Cormac Neeson’s Coverdale-esque tonsils, which sound better than ever” (CLASSIC ROCK March 2015)

Having just completed a successful 20 date UK headline club tour, the b... 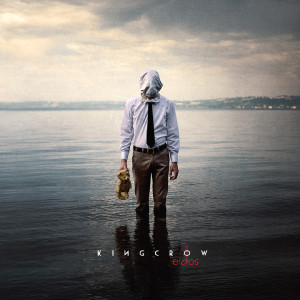 Following the success of their In Crescendo album released through Sensory in February 2014, Rome, Italy-based progressive metal sextet, KINGCROW, returns with Eidos, a conceptual album about choices, consequences, dealing with regret and disillusion. As their Phlegethon album dealt with childhood, and In Crescendo about the end of youth, Eidos can be considered the third part of a trilogy about the path of life. Musically it sees the band exploring new territories and pushing the extremes of its complex soundscape with a darker atmosphere and a more progressive attitude.