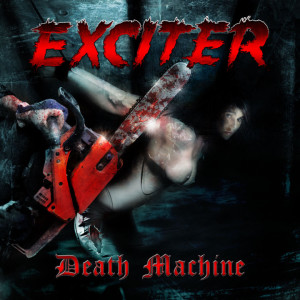 As one of the founding members of the band, John was a driving force behind Exciter’s genre-defining albums including the ground breaking Heavy Metal Maniac (1983), Violence And Force (1984), and Long Live The Loud (1985). As part of the modern era of Exciter, his unique, manic, style propelled Exciter’s come-back album: The Dark Command (1996) along with Blood Of Tyrants (2000), Thrash Speed Burn (2008) and Death Machine (2010).

‘Exciter wishes John the very best in his future endeavors and invites all you metal maniacs to continue...

LAMB OF GOD – Release “As The Palaces Burn” Film Soundtrack 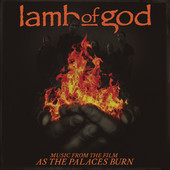 The effort is currently available through iTunes and more... 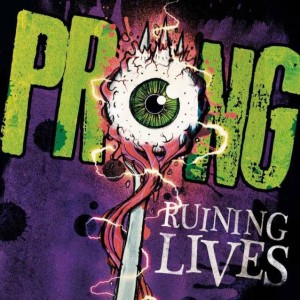 PRONG’s new album, “Ruining Lives”, will be released through Steamhammer/SPV in Scandinavia on April 23, in Germany on April 25, in the rest of Europe on April 28 and in the U.S./Canada on May 13. It will be made available as a limited digipak version including one bonus track and poster, as a double gatefold colored vinyl version including one bonus track and the CD in cardboard sleeve, as a standard version and download.

“Ruining Lives” is the follow-up to the acclaimed 2012 release “Carved Into Stone” and continues to show the band on an upward trajectory, proving that despite having a long, illustrious career PRONG can still make records that matter and re-invent themselves without negating their roots.

With Tommy Victor in the producer’s chair and Steve Evetts (HATEBREED, SICK OF ...

Regarding the release of the new album, Misery Index frontman Jason Netherton comments “After an extended writing and recording process we have finally completed The Killing Gods. It is the longest, most diverse and most complete album we have ever created, and it represents the blood, sweat and beers of four dudes trying to make the best songs they can... 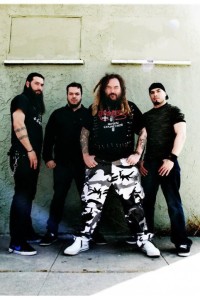 CAVALERA CONSPIRACY have completed tracking their new album for Napalm Records and are currently mixing it. Producer John Gray (Soulfly) helmed the outing and said of the sessions:

“This is by far the fastest and heaviest record I have ever had the pleasure of working on with Max Cavalera. Max, Igor and Marc were on the same page musically from the moment they walked in the door, and recording this album was a very smooth process. I had never worked with Igor Cavalera before and I was very impressed with his ability to work out the arrangements with Max and get some extremely complex drum parts done live with hardly any re-takes necessary.
Marc Rizzo, as always, was spot-on and a true guitar virtuoso...
Read More 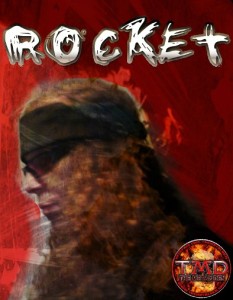 The bad man of heavy metal returns with a new podcast! This episode Rocket features music by Dimebag Darrell, TEJASMOSIS and THE KING MUST DIE!! Rocket also discusses his latest reviews of the new albums by BEHEMOTH and HATRIOT, PLUS he gives details on the new page ‘KISS Fans Demand The Original Lineup Play Rock Hall of Fame’!!! 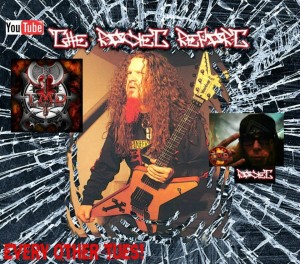 Listen to THE ROCKET REPORT HERE. 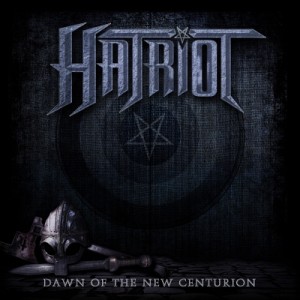 American thrashers HATRIOT are back in 2014 with their sophomore album, Dawn of the New Centurion, which was released on February 21, 2014 via Massacre Records. The band is once again teamed up with producer Juan Urteaga and Mark DeVito. This is a brutal collection of well crafted head bangers. It easily out performs the first album, Heroes of Origin, in both the intensity department and technical musicianship. It all kicks off with the speeding like a bullet “My Cold Dead Hands”, followed by the gritty power of “Your Worst Enemy” and the pit slamming “The Fear Within”. Let me make it clear that the guitar solos delivered are some of the best I have heard in the past few years...
Read More

In early February, recently reunited thrash metal pioneers DARK ANGEL rehearsed with the full lineup in southern California. A brief video clip of the rehearsal has now been posted online and can be seen HERE.

During these rehearsals Dark Angel was fortunate enough to connect with photographer Alex Solca for a photo shoot with the current lineup. (Photo by: Alex Solca) 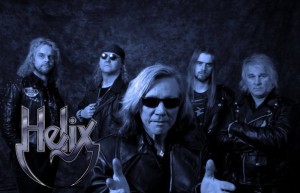 HELIX checks in with the following update:

John Claus has now left the band to pursue other interests and has been replaced by Cambridge, Ontario native Chris Julke. We wish John all the best and thank him for his time in Helix. Expect new band photos in the next couple of weeks and a bio on Chris. We’ve been so busy with other things over the past couple of weeks we just haven’t gotten time to get around to putting it all together. Chris has been practicing the set with Kaleb and on Monday night we’re all getting together to run through it as a band. Chris is a well seasoned musician and it shouldn’t take much time to get tight. We hope to put together a few dates to solidify it even more before our dates in Spain in May...