TARJA – “Into The Sun” Video Unveiled 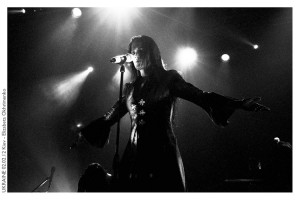 In celebration of Act I, the soon-to-be-released first ever live solo offering from legendary Finnish songstress/former Nightwish soprano, TARJA TURUNEN, Eagle Rock imprint Armoury Records, in conjunction with earMUSIC, are pleased to unleash the official video for “Into The Sun.” View the spectacular clip at THIS LOCATION.

Following many months of touring throughout 2011 and into 2012 in support of their fourth full-length release, Celestial Lineage, WOLVES IN THE THRONE ROOM this week issue an official statement on the current state of the band as well as some insight on what the future may hold for the brothers Weaver.

“After months of journeying we’re settled back into our life at home. Soft, warm breezes, the calls of Ravens and Eagles, the scent of Cedar and Salt Water. The Northwest Summer is a soothing balm to the stresses and strains of the road and the alchemic pressure-cooker of the recording studio. But it has been a great two years for us. We are so proud of Celestial Lineage, and our tours in the United States and Europe were inspiring and full of good experiences... 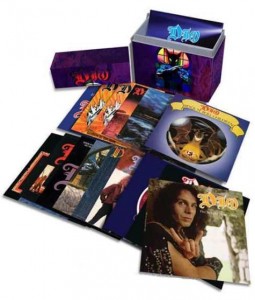 DIO fans rejoice! Universal Music has set an August 31 European and September 3 Japanese release date for “The Singles Collection”, a box set containing 48 songs from 14 of DIO’s classic singles in replicas of the original release and a DVD featuring 12 music videos,. It comes with a reprint of a U.K. tour poster and DIO family tree (subject to change) and it also includes a 32-page complete discography of the Vertigo years.

* Holy Diver
* Rainbow In The Dark
* The Last In Line
* We Rock
* Mystery (inc. UK tour poster)
* Rock N Roll Children
* Hungry For Heaven
* Dio Live
* King Of Rock N Roll
* I Could Have Been A Dreamer
* All The Fools Sailed Away
* Intermission
* The Dio EP (inc. DIO family tree)
* Jesus Mary And The Holy Ghost 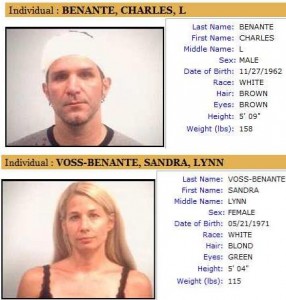 According to WSBT.com, a television station in South Bend, Indiana, ANTHRAX drummer Charlie Benante and his wife were arrested Friday (July 27) for domestic battery in front of a child.

Arrest records indicate the pair were picked up at the Hilton Garden Inn in Elkhart, Indiana, and both were released from Elkhart County Jail on Saturday (July 28).

The Benantes’ booking details show a court date set for this Friday, August 3 at 8:30 a.m.

For more information, visit the web site of the Elkhart County Sheriff’s Department.

Benante, 49, and his wife Sandra, 41, had a daughter, Mia Charley Benante, in January 2006. They currently reside in Long Grove, Illinois. 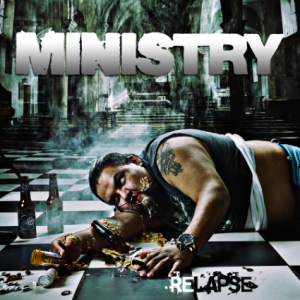 Den Headz, legendary MINISTRY frontman Al Jourgensen was hospitalized last night in Paris after playing an abbreviated 50-minute set at the Batacian, Blabbermouth.net reports. The industrial metal legend appeared “rather intoxicated,” according to RadioMetal.com, and in light of Jourgensen’s health woes, the band has cancelled today’s appearance at the Rock En Stock Festival in Etaples, France.

Jourgensen has made no secret of his medical issues, and while he’s apparently beaten his longstanding drug addiction, he told Revolver earlier this year that he still puts back a couple bottles of wine a day.

What’s more, he claims to have suffered from ulcers throughout his digestive track, and in 2010, he told Metal Hammer last year, a seizure caused him to lose 65 percent of the blood in his...

With their original summer North American touring plans recently been cancelled, GOJIRA look to be planning some shows on their own instead.

In addition to their appearances at the “Heavy T.O.” and “Heavy MTL” festivals next month, the group have the following shows booked thus far:

MISERY INDEX have a brief headlining run set for the middle of August. Dates can be found below with the band issuing the following statement on the trek:

“Due to the recent cancellation of the Shockwave Tour, we were left high and dry with massive amounts of incredibly cool merch, wasted ambition and a rented van. Since this is obviously NOT a game, we are ready to go out and rage anyway, have a good time and spread our metal demon seeds in these cities! Come out and support us in anyway possible, and you shall be the next contestant chosen to win two tickets to death metal paradise.” 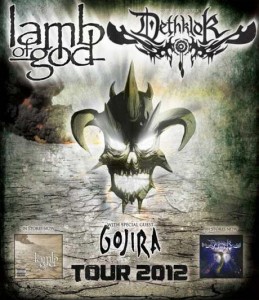 “Due to the continued incarceration of LAMB OF GOD singer Randy Blythe in the Czech Republic, the band’s co-headline tour with DETHKLOK scheduled to begin August 1 in Seattle has been canceled. LAMB OF GOD regrets the decision but the uncertainty of Randy’s release makes it impossible to carry on with the tour. Upon Randy’s release, it is the band’s intention to rebook a tour in the fall and at this time the band fully intends to participate in the Mayhem Cruise in December.

“LAMB OF GOD wishes to thank DETHKLOK, Adult Swim and GOJIRA for their support and patience as well as all of the promoters who had dates on the tour... 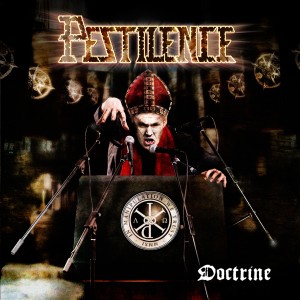 “We are very pleased that we can officially announce that David Haley (PSYCROPTIC) will replace Tim Yeung for the upcoming PESTILENCE album and upcoming shows. Bassist Stefan Fimmers already joined PESTILENCE for the new album, ‘Obsideo’, and live performances.

“Although Tim was really excited to join PESTILENCE, it was because of his conflicting tour schedules with MORBID ANGEL, that made it nearly impossible for Tim to tour with PESTILENCE. But we weren’t really too disappointed by this unfortunate development because of our talks with David soon after.

“The new material will fit David perfectly. He is such an amazing drummer and a really cool guy as well!!! We all welcome him into the PESTILENCE camp.” 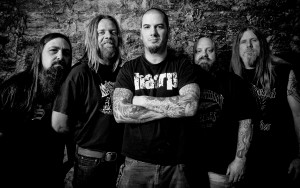 Check out the first preview of the EP for the song ‘Witchtripper’ at Rolling Stone.

Anselmo tells Rolling Stone that like the well-known Pantera songs ‘Fucking Hostile’ and ‘Psycho Holiday’, ‘Witchtripper’ was a song title he had to be goaded into. “Somebody would suggest to me, ‘Hey, man, that might make a killer song title.’ And at the time I’m like, ‘You’re out of your fucking mind. There’s no way I’m gonna call a song ‘Witchtripper,'” he says.