Following the recent news that WITCHCRAFT are working on a new album; comes word that Metal Blade Records are reissuing the bands back catalogue in North America. Reissues of the bands self-titled effort, “Firewood” and “The Alchemist” are being readied for a July 17th release date.

Having amassed a diehard following since their 2008 formation through their crushing live shows, as well as several compilation inclusions, demos and EPs released via Lockin’ Out, Withdrawal Records, Triple B Records and other indie labels, Power Trip channel the old-school crossover energy of legendary acts like Cro-Mags, Nuclear Assault and Leeway through modern thrash warfare.

This weekend Power Trip will invade the sweltering Chaos In Tejas fiesta in Austin, Texas for two crushing shows, performing Saturday night alongside their allies in Toxic Holocaust and Midnight, and Sunday flanking Boston Strangler, Rival Mob and The A... 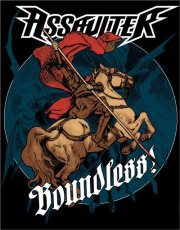 Australian metal act ASSAULTER will embark on a European tour in July of 2012!

Comments vocalist/bassist S. Berserker: “We will be conquering the ancient continent on our ‘European Proselytism Tour’ in July/August 2012 in support of our sophomore LP of toxic Speed/Death Metal, ‘Boundless’! This will be ASSAULTER’s first visit to European shores with our raw live show. You have been warned!”

More dates to be confirmed soon! 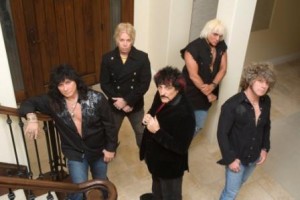 KING KOBRA is busy recording the follow-up to last year’s successful self-titled album for an early 2013 release via Frontiers Records.

Commented guitarist David Michael-Phillips: “We’ve got a high-energy combination of the classic KING KOBRA sound mixed with some of our favorite (heavy) influences: LED ZEPPELIN, WHITESNAKE, BLUE MURDER. Cool, heavy grooves, great melodies, soulful lead vocals by Paul Shortino, infectious harmonies and hooks…blazing guitars by yours truly and the thundering rhythm section of Johnny Rod and the legendary Carmine Appice! This is the next natural progression of ‘Ready To Strike’ and our last, self-titled album, ‘King Kobra’.”

SKELETONWITCH will headline a tour of North America this summer. The trek will include direct support from BARN BURNER. Here’s the latest schedule: 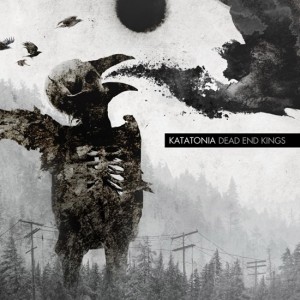 KATATONIA’s new album “Dead End Kings” has been given an August 28th release date (August 27th overseas) via Peaceville Records. Band vocalist Jonas Renkse had the following to say about it:

“Dead End Kings is about the corridors of our mind from where there is no return. Be a king or queen in your own right in these hallways, even at the dead end. Carry your burden with pride. That’s what we are doing, twenty years and counting. Kings, because we believe in what we are creating, in our own disturbing faith.”

“This album has doors revolving into many different genres of music but remain disguised within the Katatonia trademark...

HIGH ON FIRE have a number of headlining shows scheduled in and around their upcoming stint on this summers “Rockstar Energy Mayhem Festival“. Those stops include: 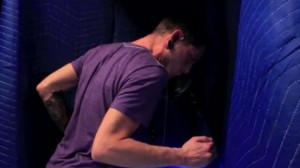 WHITECHAPEL has released the third and final video in a series of which was filmed during the recording process of their new self-titled release, which will be released June 19th on Metal Blade Records. This video focuses on the vocal tracking process. The video can be viewed HERE.

The first video in the series provides an in depth look at the drum tracking process for the album and can be viewed HERE. The second installment focuses on the recording of the guitar parts for the new album and is available for viewing HERE.

Having spent several years lauded as one of the frontrunners in their genre, in 2012 WHITECHAPEL stand as a defining force in contemporary heavy music...

KAMELOT – Return To SPV, New Album Due In September

Symphonic metallers KAMELOT have returned to the Steamhammer/SPV fold for a worldwide deal, excluding Japan (the band recently signed with King Records for Japan).

The group surrounding guitarist and composer Thomas Youngblood is currently working on the drum recordings with renowned sound engineer Jim Morris at the Morrisound Studios in Tampa, Florida, before work on the album is due to be completed at Wolfsburg’s Gate studios under the direction of producer Sascha Paeth (EDGUY, AVANTASIA, RHAPSODY).

The title of Kamelot’s current release will be announced at the end of June, together with the name of their new vocalist. However, according to Youngblood, one thing is certain: “Our fans can really look forward to our new record, because it represents Kamelot in every way!”