Denver thrash battalion, HAVOK, are currently wrapping up a successful tour with Bay Area legends, Forbidden. The tour, which includes Revocation and White Wizzard, has ravaged its way through nearly two dozen cities with the band hitting Albuquerque, New Mexico tonight, Tempe, Arizona tomorrow and come to an official close in Escondido, California on July 2.

Commented vocalist/guitarist David Sanchez: “This tour has been absolutely killer! I’ve never had so much fun on the road. We’ve seen some very rowdy crowds and have definitely wrecked some necks! Every band on this tour is solid, so people are definitely getting lots of bang for their buck. See ya in the pit!”

Check out footage of the band playing at Studio 7 in Seattle on June 13 by pointing your browser HERE. 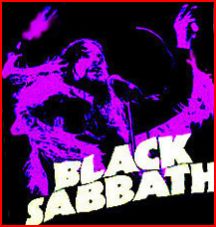 TMD has obtained rare concert audio of BLACK SABBATH performing the classic song “Killing Yourself to Live” off the highly acclaimed Sabbath Bloody Sabbath album on February 23 in 1974 at Bowen Field House in Ypsilanti, Michigan. The band began a world tour in January 1974 in support of the album’s release, which ultimately led to their legendary Cal Jam festival appearance in Ontario, California on April 6, 1974.

“Killing Yourself to Live” was written by bassist Geezer Butler while the musician was in the hospital suffering from kidney problems due to heavy drinking. Drummer Bill Ward was also in the grips of epic binge drinking, so the song depicts the life difficulties one gets by living such an “extreme” lifestyle.

KATAKLYSM are nearly done with their highly successful world tour that has taken the band to the four corners of the world. The “HEAVEN’S VENOM” mania will continue this summer with the band’s appearance at the famous WACKEN Open Air this August. The band will headline the BRUTAL ASSAULT festival in Czech Republic, perform at METAL MEAN Open Air in Belgium, and play their very anticipated 20th Anniversary show at SUMMER BREEZE Open Air in Germany to an already sold out audience of 30,000 metal fans!

In other news, KATAKLYSM recorded the single “The Iron Will” last week in Montreal, Canada with guitarist/producer J-F Dagenais...
Read More 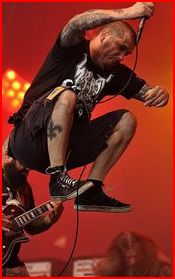 Den Headz, today is the former PANTERA vocalist’s 43rd birthday. We know he’s got a major love for boxing. Here’s a recent blog the singer posted on Boxing Insider to enjoy:

“I just hung the phone up. It’s June 27th and my good friend and trainer of champions, Emanuel Steward took his precious time to field a phone call from yours truly to comment on Saturday’s blockbuster Heavyweight Championship and unification bout between Wladimir Klitschko and David Haye.

“Well Phil”, stated Steward, “The press conference was only about 4-hours ago...
Read More

NAPALM DEATH has announced plans to tour Canada this fall. The following shows have been unveiled thus far, with more apparently on the way: 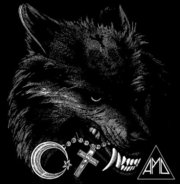 Massachusetts (USA) slaughter squad ALL PIGS MUST DIE are preparing to set their debut full-length loose on the public this Summer. Entitled God Is War, the pummeling eight-song record album has officially been set for release on August 16, 2011 via Southern Lord Recordings, and bears some of the most hate-fueled hymns of the year.

Combining of old-school Swedish death metal savagery with explosive hardcore aggression and blistering, punk/d-beat energy, ALL PIGS MUST DIE have quickly become an extremely recognized and respected act in the mere year and a half since the band’s formation...
Read More

EINVERA – “In Your Image” Details

Earsplit PR welcomes Los Angeles-based metal trio EINVERA and their self-released debut full-length, In Your Image, to their ever-expanding roster of clients. Born of three musicians who crossed paths in music school in Los Angeles, EINVERA deliver a high-paced multi-instrumental explosion of technical metal born under the influence of nontraditional American folk music. After months of crafting original material together, the band finalized and recorded early in 2011, the recording sessions resulting in the 33-minute-long, eclectic, energetic, eight-song, full-length dubbed In Your Image, recently self-released by the core members of EINVERA themselves.

With aggressive and psychedelic elements of progressive, death and black metal culminating in the EINVERA sound, with keyboards, ba...
Read More

Den Headz, technical/progressive metal band, WHITE ARMS OF ATHENA, have signed to Prosthetic Records. The Mesquite, TX based act’s debut full-length, “Astrodrama,” which was produced by Jamie King (Between the Buried and Me, The Human Abstract), will be released on August 16th, 2011. The band previously released three EPs, which can be downloaded for free on their Myspace.

The band’s music expands on the already vast array of attributes that come with a progressive metal band. With sounds ranging from cluttered grind riffs paying tasteful respects to Between the Buried and Me, solid heavy riffs to bang head to, along with peacefully structured ambient passages that soothe you just in time for another full-on attack of the senses, this band does it all with precision and originality. 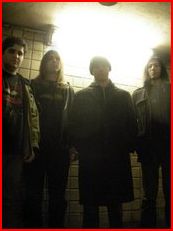 Selfmadegod Records has announced that the label will re-release the debut album from New York City-based death metal outfit PYRRHON late this August. 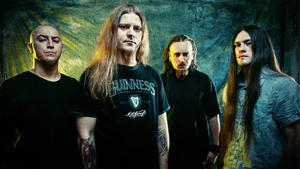 “Homo Sum,” a track off of the new album by Polish technical death metallers DECAPITATED, is available for worldwide listening in its entirety on GuitarWorld.com.

The follow-up to 2006’s Organic Hallucinosis, Carnival Is Forever is DECAPITATED’s fifth studio album, scheduled for release in North America on July 12th and on July 15th in Europe. The album was produced by Wacek “Vogg” Kiełtyka and sound engineered by Malta Arkadiusz Malczewski. Drums & mixing duties were handled by Daniel Bergstrand (Behemoth, Meshuggah, Dimmu Borgir).