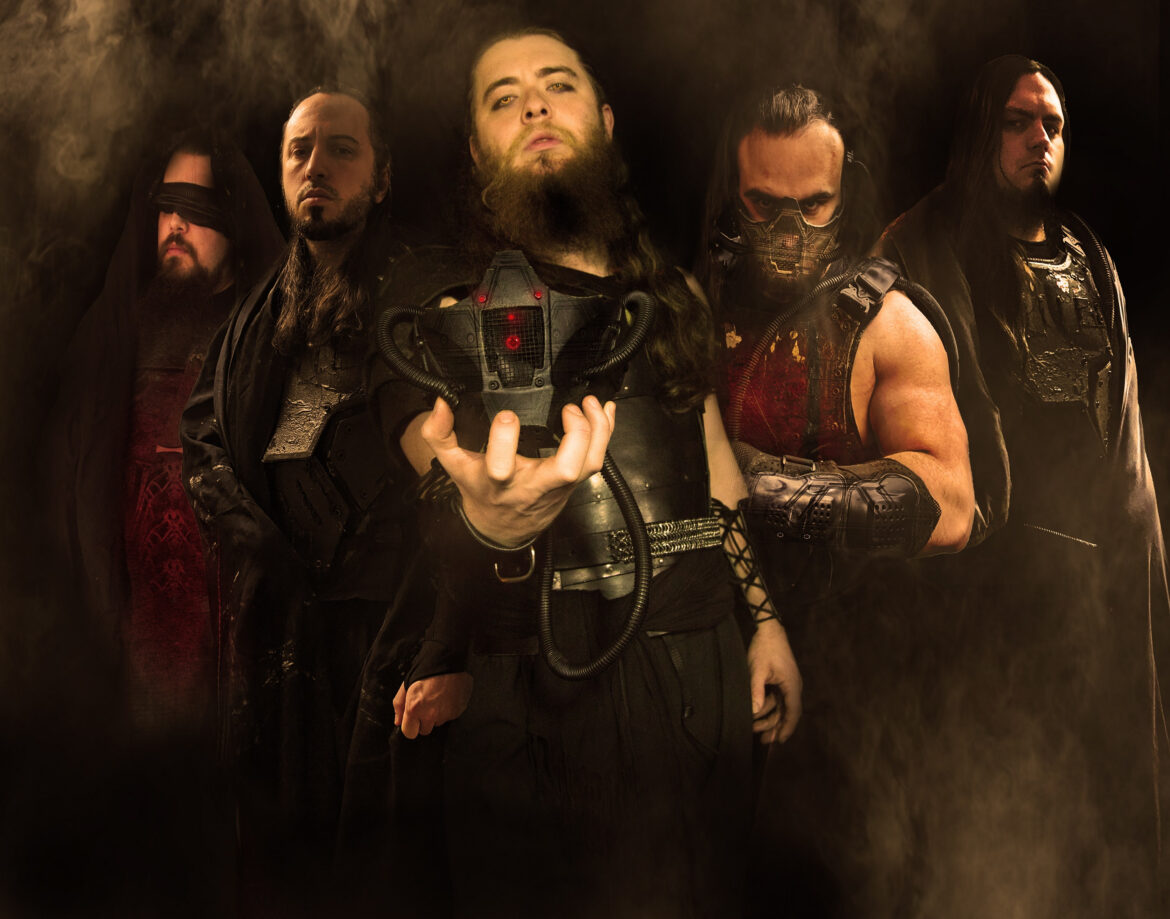 Enter if you dare “The Waste of Dreadrift”, the latest music video from XAEL (ft. members of Nile, The Reticent, Rapheumets Well). The video is the next visual exploration into the fictional sci-fi world created by band founder and drummer Joshua “Nassaru” Ward for the band’s new album “Bloodtide Rising” released this past February via Pavement Entertainment.

“Imprisoned by the counsel of Tymeer in the waste of Dreadrift, Darmak and the Watchers of Xan were presented as an offering to the Sovereign Ruler of Vuul Athmar, Atara Avuniir where they were assimilated into her elite guard, the Suun Vir. Unforeseen, the Queen fell in love with Darmak and bore him a son, yet the queen harbors a dark secret, an anomaly that threatens the outer-worlds.”To experience XAEL‘s planetary sci-fi adventure, please check out the music video for “The Waste of Dreadrift” via the band’s YouTube –  https://youtu.be/rZg7z8ek0PE.

Hailing from the American Carolinas, XAEL brings forth with them epic symphonic death metal like no other. Their new album entitled “Bloodtide Rising” is a concept record rooted in a science fiction universe that XAEL revolves all their music around. The extreme symphonic release chronicles the journey of a character named Darmak, an immortal who is trying to find purpose in a chaotic and complex multiverse.

XAEL was initially meant to be a personal project by drummer Joshua “Nassaru” Ward, however, when other musicians showed interest it evolved into a full-fledged project with each member contributing equally towards this current full length and the band’s first album “The Last Arbiter” (2018).

Fans of progressive and brutal metal along with sci-fi enthusiasts will take interest in what XAEL is doing. It’s different, and listeners can get lost in the complex multiverse that they have conceived. Epic and extreme, it is recommended for fans of Septicflesh, Fleshgod Apocalypse, and Nile.