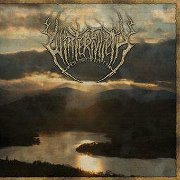 LurkersPath.com already notes, “The Threnody of Triumph takes the blueprint laid down by The Ghost of Heritage and The Mercian Sphere and builds a monument of utter brilliance upon an already superlative foundation. Riffs pummel from all angles. The majestic scale of the thing is so inspiring that a palpable feeling of grandeur becomes the dominant subtext, each section swelling into an impossibly emotive crescendo.”

Vocalist/guitarist C. Naughton says, “The Threnody Of Triumph is a virulent and passionate album that represents the WINTERFYLLETH of 2012. It represents a continual progression of the band and is a document to our determination to push ourselves further than we have before. On this album we celebrate the lives of those ones lost by contrasting the darkness of loss with the joy of celebrating their memories through the medium of a Threnody; a deathly ode to the memory of ones lost.”

The Threnody of Triumph follows the recent reissue of WINTERFYLLETH’s debut album, The Ghost of Heritage and well-received live appearances at Belgium’s Graspop and France’s Hellfest Festivals. With key performances still to come in the months ahead, the band is eager to bring a cross-section of their music to the masses leading up to and through album release. “We will be playing some new material at Wacken Open Air festival in Germany on August 4 and are excited to bring the music back home at Bloodstock Open Air on August 9,” says Naughton. “We hope to see some of you down the front this Summer.”

WINTERFYLLETH combine vicious yet moody, folk-inspired black metal that harkens back to the early days of Enslaved and old-school Ulver. The band’s lyrics delve into tales of England ’s archaic history, recounting major events, battles. They draw inspiration from sites and scenery gracing the countryside that has played an integral part in the country’s history. Formed in 2007, WINTERFYLLETH features Naughton with drummer S. Lucas, guitarist M. Wood, and bassist N. Wallwork .

The Threnody of Triumph Track Listing:

8. The Fate of Souls After Death

10. The Threnody of Triumph

“…their black metal leanings gnawing endlessly on folk’s melodicism. They serve as curveballs and showcases of their versatility.”– Metal Sucks

“Finally, a British black metal band with sufficient charisma, gall and artistry to draw the spotlight back onto the scene where the genre was spawned in the first place.” — Metal Hammer