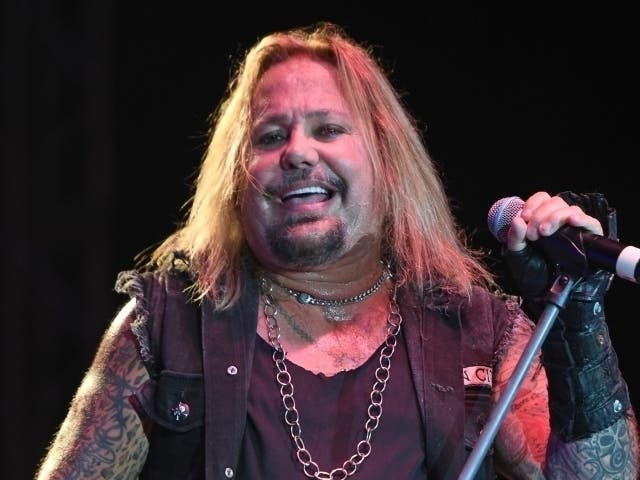 Troubled MOTLEY CRUE vocalist, Vince Neil, has seen better days for sure… but now the end is apparently near. A recent live concert video for his solo band posted on YouTube has been hammered with negative comments concerning Vince’s inability to sing Crue classics any longer. On August 14th, the former glam metal star, looking fatter than ever before, displayed a vocal ability that is so awful fans at the show could even see Neil was totally fed up with himself. Check out the shocking footage below from his appearance at the Hippopotamus Swim Up Bar.

“I’m soooooo glad I didn’t waste my $$$ to see this train wreck. And their suppose to be doing a stadium tour.”

Word going around Motley’s inner circle now is to scrap Vince altogether, forcing him into retirement, and allowing former Crue singer, John Corabi, to return to the lineup.

The Crue’s manager claimed over a year ago that all band members were working hard to get in shape for their eventual Stadium Tour comeback in the USA. However, anyone with eyes that work can see Vince continues to get fatter, not thinner.

The pitch of your voice: Can it be affected by being overweight?

What do you think? Should Vince call it a day? Is John Corabi going to be a Heavy Metal savior?

Corabi is a lot less fat, and he can actually still hit all the high notes in Crue songs… whereas Vince’s voice in the higher range today is completely shot.