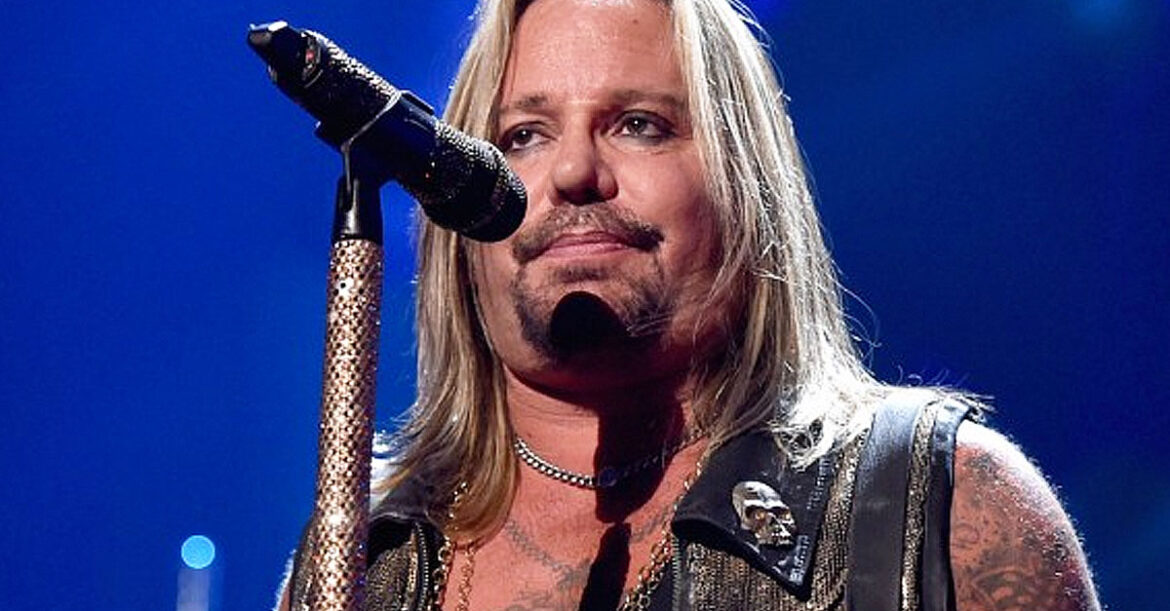 MÖTLEY CRÜE ended the first leg of The Stadium Tour in North America and are preparing to kick off the second leg in Boston at Fenway Park back-to-back nights in early August. The critics have been absolutely decimating the Crue with one negative concert review after the next. The biggest embarrassment for the band so far was not that drummer Tommy Lee had to sit out the majority of the first six gigs due to suffering four broken ribs, but they are now the subject of worldwide ridicule for a new shocking incident that was caught on video during one of their latest gigs, believe it or not, and the footage clearly shows Tommy Lee got busted using a drum backing track.

Now word coming out of Crue’s camp is that singer Vince Neil got so angry about Lee’s blunder, that he confronted the drummer backstage afterward and said, “If you fuck up like that ever again, I am going to fucking cut your head off!”

It’s well known that Vince and Tommy hate each other, so screwing up in such a major way, apparently pushed Neil past the edge of sanity. As the story goes, Neil took things a step further and the rotund vocalist with a serious dark side told the entire band that he’s got a chainsaw in his dressing room that he will use to decapitate Lee if he screws up one more time.

MÖTLEY CRÜE’s The Stadium Tour is scheduled to rock Fenway Park in Boston on August 5th and 6th.

Let’s hope for Lee’s sake that he actually lives to be part of the legendary group’s already planned European tour in 2023.