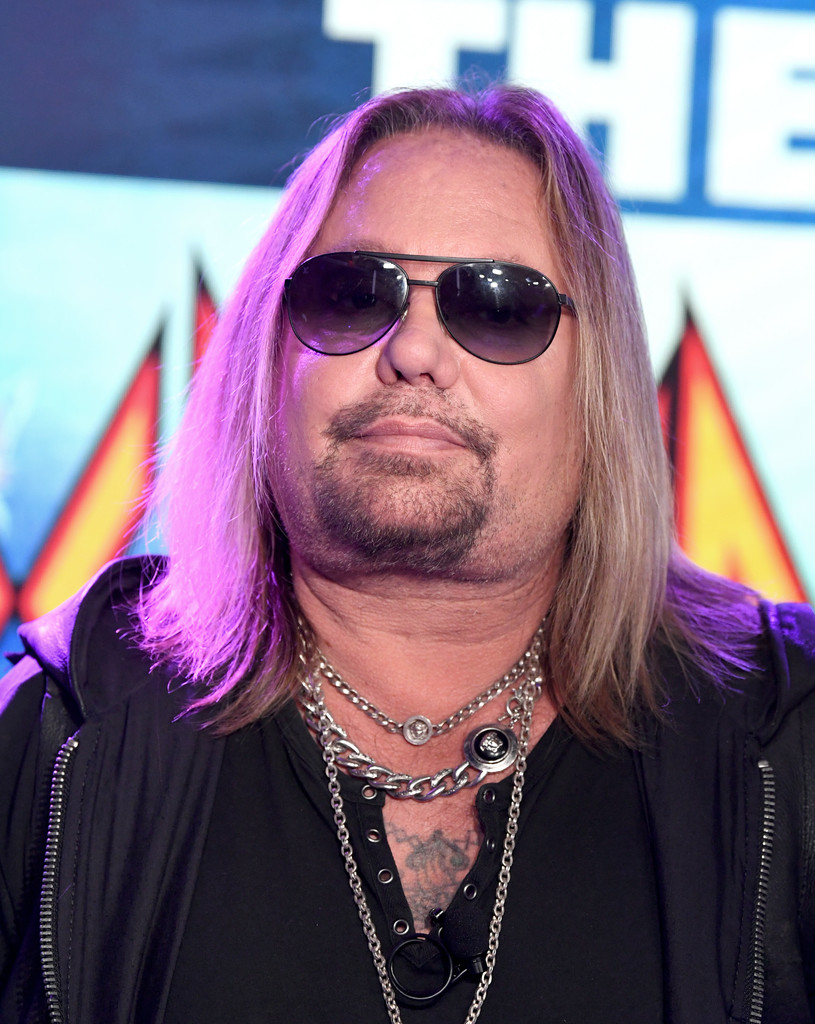 Troubled MÖTLEY CRÜE vocalist, Vince Neil, is currently recovering from injuries he suffered after falling off the stage during his performance at Monsters On The Mountain festival. Initial reports have stated that the singer broke a few ribs, which will take a minimum of 2 months to heal. However, TMD has learned today that Neil suffered an additional injury that is being kept secret from the public, due to the embarrassing nature of the injury.

Vince Neil is said to have ruptured one of his testicles when he hit the concrete floor, and the rotund vocalist actually landed on his ball sack, which those closest to the situation say may have saved his life.

Here is some basic steps one can take when trying to recover from a having a ball ruptured:

Lie down and reduce your activity. Try to avoid any physical activities or movements that make the pain or discomfort worse.

Make a cold compress. Wrap an ice pack, a bag of frozen veggies, or another cold object in a towel and apply it with light pressure to your testicles.

Lay off consumption of alcohol.

Sensitive Vince Neil fans are warned… this is tough to watch!!! https://t.co/fIGhlaoqcB @MotleyCrue

According to an online expert, ball rupture is pretty serious stuff but shouldn’t have Vince out of commission much longer than the time needed for the broken ribs to fully heal.

“Exploratory surgery is generally performed to access the extent of the injury, evacuate any pooled seminiferous fluid and/or blood and repair the defect in the protective tissue covering. The recovery time for this type of procedure is a minimum of six to eight weeks. One complication of this type of injury and the repair is the development of an infection because of the area in which the testicles reside. Most patients will be treated with pain medication and antibiotics as well as ice packs to reduce swelling. The injury and recovery from correction are painful.”

Vince Neil and his fans can rejoice in the news that the McRib sandwich named after the band (MC = Motley Crue) will return this Halloween! Believe it or not the legendary sandwich celebrates its 40th anniversary just like the Crue. LOL Get well Vince! https://t.co/ixVkBRfZeg pic.twitter.com/OZblwhfrSO