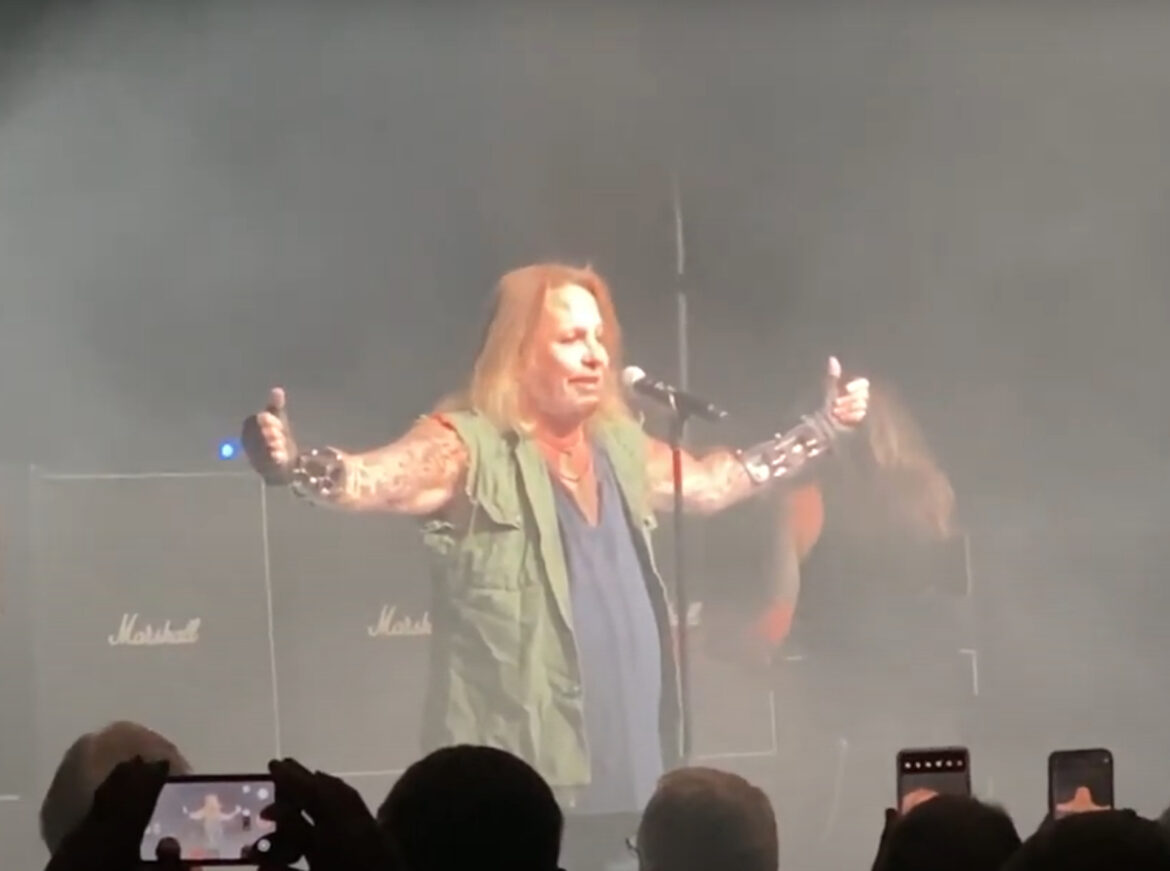 Troubled MÖTLEY CRÜE singer, Vince Neil, 60, performed his first solo concert in 2022 at The Hollywood Casino on 1-14-2022 in Columbus, Ohio. Yes, it was another disaster. With only a handful of months remaining before his band is scheduled to kick-off their highly anticipated Stadium Tour comeback, it appears that Vince Neil is still in the worst shape of his career. In the video footage provided below, fans can see the rotund vocalist desperately struggling to sing the Crue’s classics, with his voice cracking all throughout as if he never knew how to sing properly in the first place.

After having been released from a brief rehab stint at the end of last year, where it turns out Ozzy Osbourne, stepped in to help Vince get help for his alcohol addiction. it seems things are only getting worse… not improving.

Ozzy Osbourne told Vince Neil to go to rehab? You know it must have been bad.

Fans will recall last year’s shocking revelation by Al Bowman, the Crue’s ex-limo driver, who claimed during a recent interview, that Vince is drinking himself to death. As the story goes, Ozzy was worried that Vince was going to attempt to commit suicide, so the singer was placed on 24 hour suicide watch.

“Vince Neil fell in love with music as a child, developing a broad vocabulary that ranged from Motown to hard rock. He formed Mötley Crüe with high school buddy Tommy Lee in 1981, starting an epic 34-year run of multi-platinum albums, hit singles, and dozens of sold-out tours in some of the largest venues in the world.“

“Neil shows no signs of slowing down (except when he falls off a stage or quits during a song) as he keeps on carrying the heavy metal torch by touring and performing classic Crüe hits and selected cuts from his three solo albums. He continues to belt out some of the greatest hard rock songs of a generation, including “Shout at the Devil,” “Girls, Girls, Girls” and “Dr. Feelgood.”” – The Hollywood Casino, January 2022

MÖTLEY CRÜE’s Tommy Lee Thinks Sobriety Is No Joke: “You Could Probably Die!”

When it finally happens, “The Stadium Tour” will mark the CRÜE‘s first live dates since wrapping its 2014/2015 farewell tour.

CRÜE toured with POISON back in 2011 and DEF LEPPARD teamed up with POISON for some dates in 2017, but the upcoming trek marks the first time all four acts — including JOAN JETT & THE BLACKHEARTS — have toured together.

MÖTLEY CRÜE‘s last studio album dropped 14 years ago when the band released 2008’s “Saints Of Los Angeles”, which was followed by a 2009 “Greatest Hits” compilation.