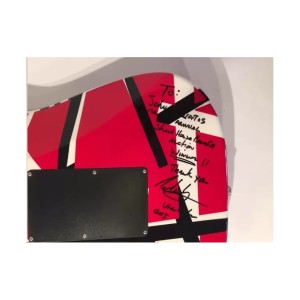 Indisputably one of the greatest guitar players of all time, Eddie Van Halen exploded onto the music scene in 1978 with the release of Van Halen’s debut album and went on to rewrite the book on electric guitar. He has inspired generations of guitar players that sought to emulate his legendary recordings and dynamic performances. A Grammy Award-Winning songwriter and Rock and Roll Hall of Fame 2007 inductee, Eddie Van Halen’s contributions to rock and roll are without a doubt some of the most significant and enduring the genre has ever known.