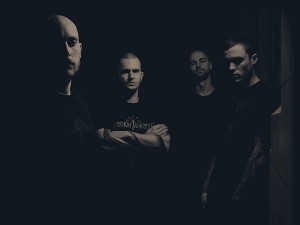 Just two days after kicking off their brief tour of North America, New Zealand death metal band ULCERATE has already been victimized, losing a portion of their gear to thieves following a show in New York City. The band had the following to say:

“We had our van broken into in New York last night at our accom. We’ve lost all our guitar gear (preamps, effects units), some drum equipment, stage banner and all of Svart Crown’s merch was also ripped off. We’re going to keep going but this is a fucking terrible start. We had phenomenal shows in Philadelphia and NYC last night so this is an absolute kick in the fucking teeth.”