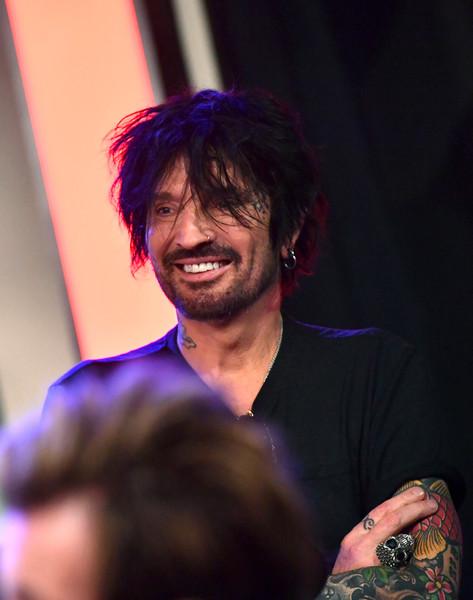 The biggest story in rock n roll music has been drummer Tommy Lee’s purported rib injury, which now appears not to be true, because Lee miraculously has begun performing entire concerts again. It’s clear to everyone looking at this trainwreck called The Stadium Tour that the Crue are not being entirely truthful about what really happened.

A Crue insider who dropped the original news tip to TMD about the alleged fight that broke out between Tommy Lee and Vince Neil sent in photographic evidence of Lee’s infamous shit that he accidentally unloaded after being tackled into his drum kit and getting pummeled by Neil for fat shaming the rotund singer.

“Tommy kept calling him “Vince Meal” over and over, until Vince just snapped. After he tackled Tommy, we knew something wasn’t right because of the smell.”

This bad blood between Lee and Neil has been brewing for a long time, and is centered around Neil’s ongoing battle against alcoholism, and Lee’s detest for Neil’s weakness, after himself getting clean and sober the past 2 years. The Crue has always been known to get into ugly fights. According to Nikki Sixx, the two people who got into the most fights were Vince Neil and Tommy Lee.

According to the source, Lee did not break his ribs. The story was fabricated to cover up the fight and Lee’s subsequent dump he took during the brawl, upon being attacked by Neil, who called the drummer a “Bitch Boy” and spit on him with what looked like the “world’s most disgusting loogie ever.” Tommy threatened to quit the band, but he was told that if he didn’t at least play a few songs at the start of the tour he would lose out on his share of the Crue’s huge payday. Hence the reason for the elaborate “broken ribs story.”

Tommy was so embarrassed about shitting himself that he told the band’s manager Allen Kovac that they needed to make something up that would help keep the truth hidden.

TOMMY LEE: “VINCE NEIL And I Absolutely Hate Each Other”