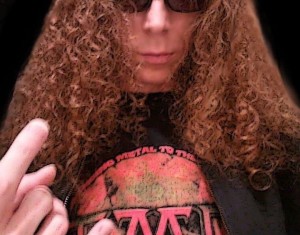 “Taking Metal Bands To The NEXT LEVEL!”

This basically involves writing and sending out press releases on behalf of your band to your fans and to media types such as music editors, record labels, radio programmers and concert promoters.

A good music publicist is not cheap. You can expect to pay anywhere from $2,000 to $4,000 per month or more for an “experienced” music publicist… and most of them have campaigns starting at a four-month minimum.

Often it is your band manager who deals with the publicist on a day to day basis.
Hiring a good publicist can help you get to the NEXT LEVEL… even before you have landed a manager.

Randy “Rocket” Cody of The Metal Den has contacts at a national & worldwide level and can reach out to them with ease about the artists he represents. He is one of the most widely known and respected heavy metal journalists working today.

So what should you expect from a music publicist once you hire them? You should expect someone who is extremely professional, friendly, a skilled writer, and someone who has a wealth of contacts and a track record for landing media coverage.

“Rocket” will do the following for your band:

Write or edit bio with distinct story representative of the client.

Target personal contacts throughout worldwide metal media.
Send press releases and kits to media and will continue to follow-up to encourage press coverage.

Write UNLIMITED press on your band published at TMD’s official site,
with heavy bulletin marketing via TMD’s sites on Twitter, Facebook and ReverbNation!

Give feedback on publicity photo and connect with photographer if necessary.

You also get a monthly report that details all of the placements, and you will also be provided online links to coverage or hard copies of articles that have been published.

SUBMIT YOUR BAND FOR CONSIDERATION TODAY TO:
themetalden@gmail.com