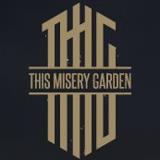 Season of Mist is proud to welcome Swiss metallers THIS MISERY GARDEN to the label’s roster. Formed in Geneva in 2005, This Misery Garden is a dark rock / metal act influenced by bands such as Katatonia, Tool, and a Perfect Circle. Season of Mist comments:

“Melancholy and hope, anger defying serenity, love and death, all of those blend together to create a vivid and illuminating sound on This Misery Garden’s second album ‘Cornerstone,’ to be released on Season of Mist in 2013. The band already filmed a video clip for the song ‘Warning Zone,’ taken from ‘Cornerstone.’ Watch it below!”

“It’s an honour for TMG to join the Season of Mist crew!” the band comments. “We are confident that our new album ‘Cornerstone’ will be released under the best conditions to allow our music to be listened widely! We are looking forward to hit the road to support the album live.”