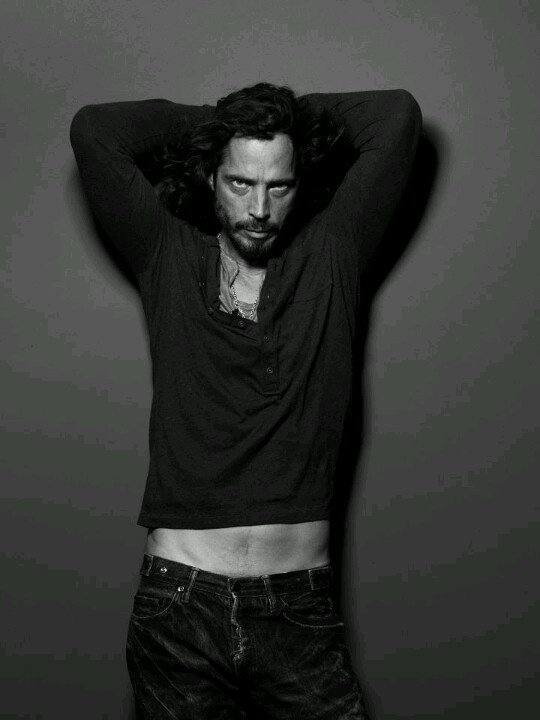 Over the past several weeks, while TMD conducted its own private investigation into the death of SOUNDGARDEN frontman, Chris Cornell, 52, the one main argument against foul play of any kind is that there was no adjoining entry to room #1136 – so there’s no possible way the latch on the inside front door was not engaged by Chris himself as the bodyguard claims. Chris, after all, was a man everyone wants us to believe was at the end of his rope in life. He just wanted out.

What if that is not the truth? What if Chris Cornell wanted to live?

Now that TMD has exposed the “Ativan Narrative” being sold by Vicky Cornell as a fraud, perhaps it’s time to re-examine one specific notion that TMD developed early on… that may just be the way this mystery ends up getting solved: “The Latch Theory”.

According to Chris Cornell’s autopsy report, at 12:15am on May 18th, 2017, professional bodyguard Martin Kirsten, reportedly finds the rocker, ‘partially suspended’ from the bathroom door – after kicking it in with such force that the door jam was busted and needed to be repaired.

Kirsten next claims he ‘released the resistance exercise band from the top of the door, loosened the end of the exercise band around the decedent’s neck, and began resuscitative efforts’.

Okay, stop there. Let’s back it up a bit. We are just expected to believe that Chris who was “slurring words” not even a full hour earlier (according to his wife Vicky) and moving wobbly not long before that (seen in last concert video) from the effects of the sedatives he was on would be coordinated enough, as “tired” as he was after performing a rock concert (in his own words, remember?), to rig the elastic workout band as a killing device to a door after successfully attaching a carabiner (used for hiking) to the top, all with his equilibrium being off?

Imagine being drunk and trying to stand on a chair to hang a picture. Not gonna happen, right?

What Chris would be attempting to do is twice as hard, maybe three times as difficult
and requires total coordination, for which a lethargic Chris Cornell would not have been able to do by himself so late at night in the shape he was in.

It’s simply not plausible. Taking your shirt off can become difficult when you get high or are groggy, etc., compounded with the fact Chris was totally exhausted. Look, he was not exactly a young man any longer, please keep that in mind. He was 52 years old and totally beat from the gig. 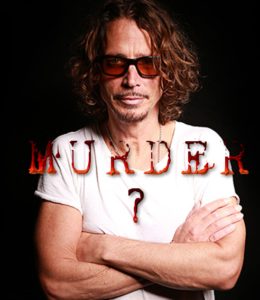 Nonetheless, the first emergency responder arrives at the scene at 12:59am. That is 45 minutes after Chris’ body was first discovered by the bodyguard who claims to have attempted CPR depspite the fact the workout band was still attached to his neck, just loosened, when the first EMS arrived.

When the medic gets there… Chris is lying on the floor and has blood coming out of his mouth. He was wearing a t-shirt that’s now all torn up and underwear.

It is at some point during CPR (by bodyguard or 1st & 2nd responding medics) where Chris sustains over a half dozen rib fractures not typically associated with CPR chest compressions, along with internal hemorrhaging on both sides of the chest cavity.

All CPR experts say that during an intense period to try and save someone who is elderly with brittle bones certainly 1 or 2, at the most 3 of these types of fractures can occur.

Chris while getting up there in age was definitely not elderly and according to the autopsy he had 9 rib fractures. This is unheard of with all CPR cases. That is a fact.

Is it possible Chris had already sustained the rib fractures during an earlier altercation with his bodyguard when he first let him into his hotel room? 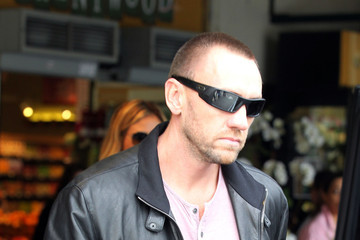 Did the bodyguard fabricate the ‘fixing Chris’ computer’ story? Was the bodyguard there but for other much darker, sinister reasons?

TMD’s belief is that the bodyguard used the elastic workout band to strangle an unsuspecting Chris from behind until rendered unconscious while he was seated at the desk in his hotel room and working on the computer. It would have been during this fight for his life that Chris seriously injured his ribs.

Think of wrestling with someone much bigger and stronger than you and your ribcage being crushed ultimately.

The sheer brute strength of someone Martin Kirsten’s size could have taken the fatigued and wasted singer out rather quickly. And because he was being strangled around the throat, unfortunately, Chris while being so well known for his amazing 4 octave vocal range would not have been able to scream for help.

Then after he passed out, Chris was dragged into the bathroom. Here’s how strangulation works:

The initial application of pressure takes around twenty seconds to restrict the airways. Ten seconds if the attacker knows what he’s doing. There is blood flow restriction. A victim goes unconscious in two minutes as air in the lungs is deoxygenated. Five minutes means that permanent brain damage is all but inevitable. Ten minutes means that person is guaranteed to be brain dead on resuscitation.

So after ten minutes Chris would have been dead and then suspended from the door within the next 5 minutes.

It would have taken from start to finish under 15 minutes for the bodyguard Martin Kirsten to kill and cover up the assassination of Chris Cornell.

Once Chris was dead and suspended from the door to make it look like suicide, it is at this time
TMD believes the bodyguard remotely activated the lights back at the Cornell residence to let Vicky Cornell know the job was done. 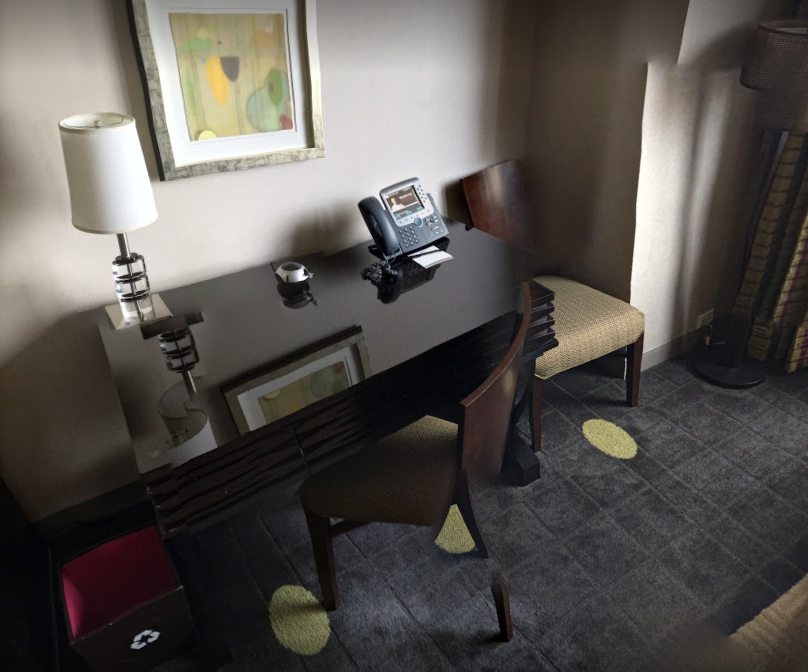 Next the bodyguard leaves the room and then comes back later pretending for the hallway camera (and the police who would watch it later) to kick in a front door that was never latched from inside to begin with.

…because Chris was already dead… suspended from the bathroom door where the bodyguard placed him.

At the end of the day, the evidence shows that no Ativan was given to Chris that night by the bodyguard. And for this theory to blow the case wide open, all the police would need to do is conduct a simple check of the computer Chris was using that night. Timestamps of when the computer was turned on and off, record of pages visited by he and or the bodyguard, or perhaps virus removal software that was used, security scan, etc. can all be accessed and if there is no ‘activity’ trail found whatsoever that supports the bodyguard’s story then he should become the #1 suspect of a homicide. 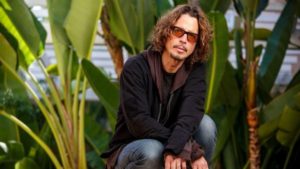