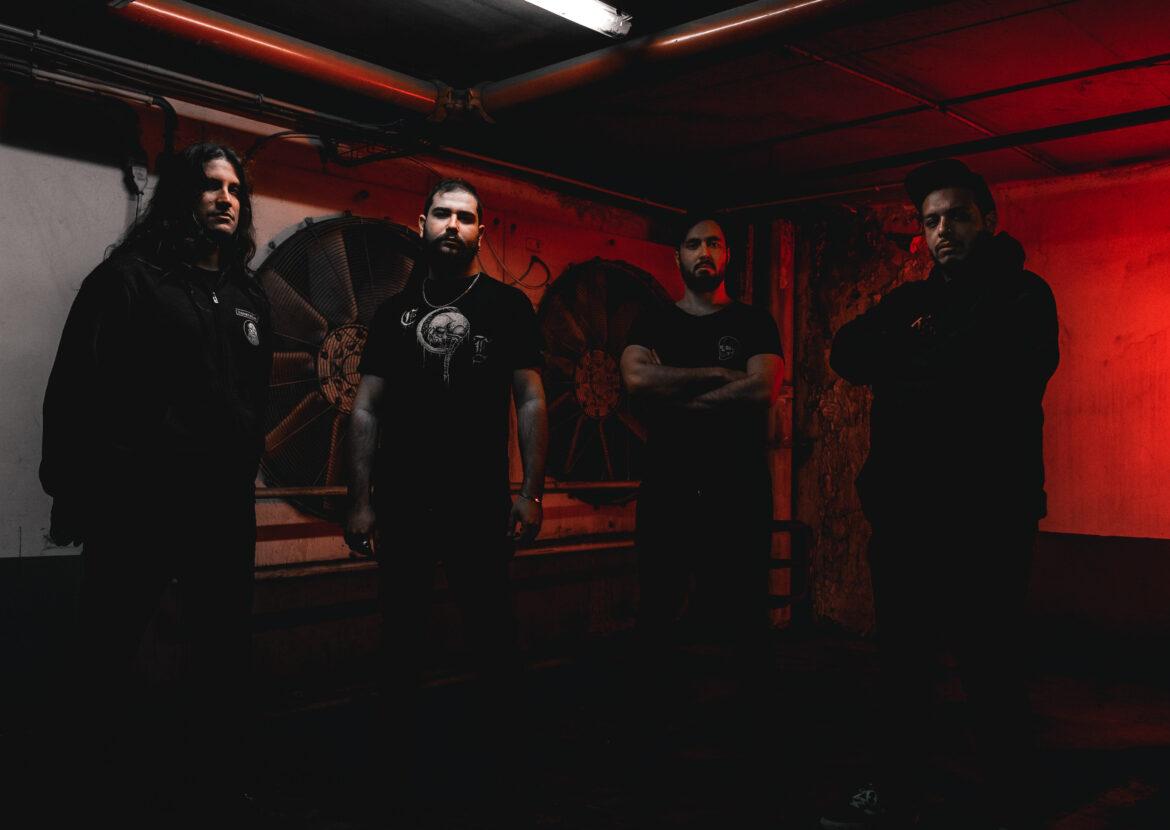 Israeli thrashers SINNERY will be embarking on their first performance at Rockstadt Extreme Fest in Romania on Friday, August 5th at 3 pm local time on the Brasov Stage, sharing that day’s lineup with Lamb of God, Overkill, UADA, Kataklysm, Necrophobic, In Mourning and more.

“We are beyond excited to get to play Rockstadt Extreme Fest this year! It’ll be absolutely incredible to perform on the stage with so many legends on the same bill. This will be our first show in Romania and we can’t wait to see you all there!.” adds the band

Full details on the festival and its lineup from August 3rd to 7th can be found at https://www.rockstadtextremefest.com.

Sinnery will be unleashing their much anticipated sophomore record “Black Bile”, six years after their debut. In the time since then, they have melted more influences into their sound, and morphed from a predominantly thrash sound to something darker, and heavier. Swept up with melodic breaks amidst the gutturals, they wrap their music in modern layers. The album contains ten tracks; recently they shared the first single, “The Burning” with a new music video, which can be seen and heard at https://youtu.be/1U6_y-SDR7M

“The Burning” is probably the most popular song with the fans even before it comes out, the fans chant “God bless the human race” on every show so it was a no-brainer picking it out to be the first single off of the album. It is an upbeat thrash song with many heavy and groovy moments. It was perfect for the beginning of the album, to start with a bang, with no introductions or orchestral intros just straight-up metal from the get-go. Lyrically the song’s full name was The Burning of Mt. Sinai and so it’s easy to know this song is an anti-religious song, coming from Israel, religion is a big part of the atmosphere where we grew up, and we are not very fond of those establishments that are more about power and money than the lessons in those books they sell.” adds the band.

Coming at the listener fast and hard is the name of the game for Sinnery. They infuse their music with real true emotions and messages, nothing about it is made up, it’s all very personal and they really dug into the deepest, darkest parts of themselves to write this album. They anticipate that it’ll be received well and expect that listeners will find that sense of realness in it amidst relentless riffs and catchy melodies.

“Black Bile” is fast and full of energy, making it the perfect record to spin when getting amped up. Whether it’s for driving fast, headbanging, or hitting the gym, this is a wickedly fun album to listen to.

Sinnery is recommended listening for fans of Gojira, Testament, and The Haunted.

“Black Bile” will be released on September 16, 2022 via Exitus Stratagem Records.