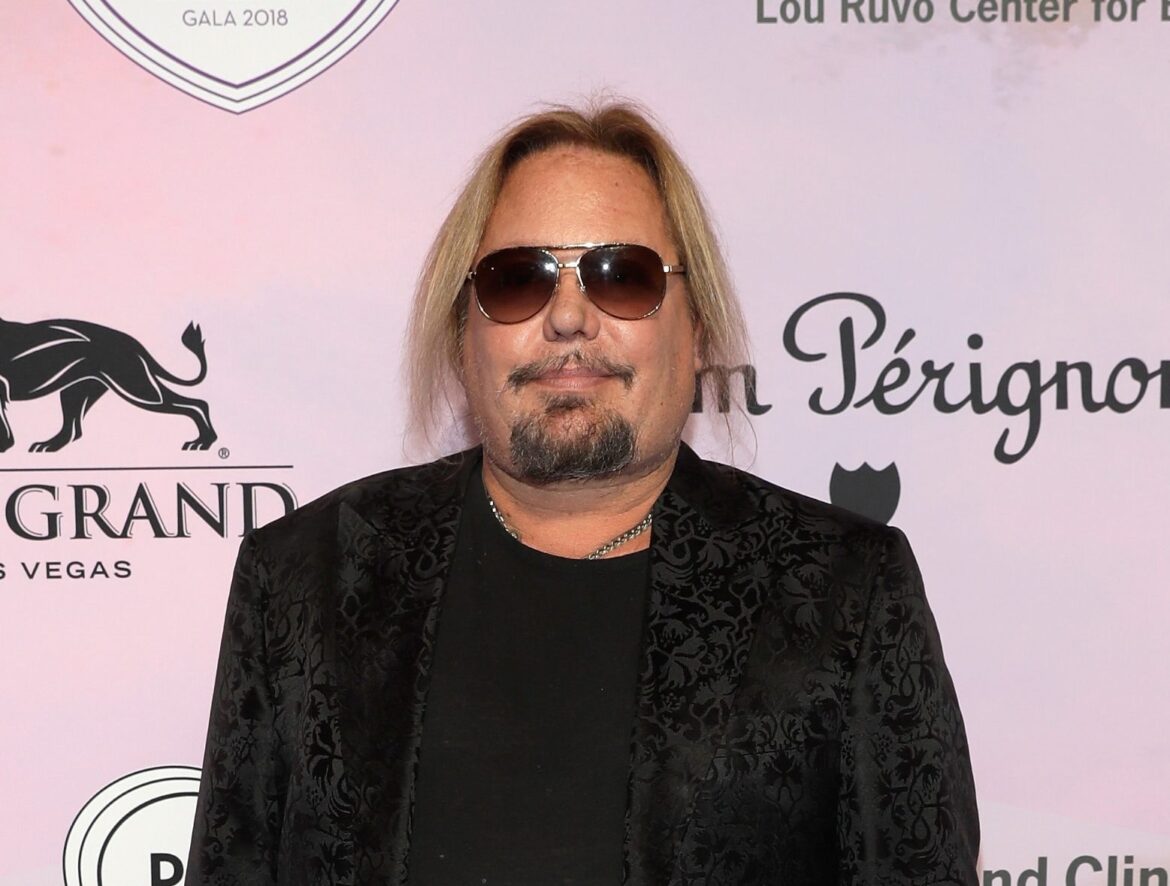 Rumors of the singer’s alleged demise gained traction on Tuesday after a ‘R.I.P. Vince Neil’ Facebook page attracted nearly one million ‘likes’. This page has since been deleted. Is a cover up under way to try and protect the tens of millions of dollars in ticket sales generated for the Crue’s twice postponed comeback tour?

Will the Crue actually attempt to go on with the show using a stand in double for the man fans jokingly called Vince Meal at the end of his life?

The legendary glam metal singer recently cut one of his solo concerts short when he forgot how to sing. He blurted out in shame: “My voice is gone!” The downward spiral of the beloved metal vocalist has been on full display for quite a long time now.

If this is truly the end of the once chiseled lead singer, what will this world do without him?

“Hundreds of fans immediately started writing their messages of condolence on the Facebook page, expressing their sadness that the talented 60-year-old singer and musician was dead.”

The pupil of the eye is perfectly round in every human. If you are a reptilian/human hybrid, however, and "possession" has taken place via Satanic Ritual your pupil looks like this. No joke. Or is it?https://t.co/azCf4dKPDl @MotleyCrue pic.twitter.com/eupdpWSRjS