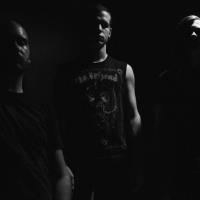 Dallas heavy metal act SEEKER has an upcoming string of February U.S. tour dates with headliner Corelia, and I, Omega.

“We’re always excited to be on the road, and the fact that both bands are full of such outstanding musicians makes this tour even better,” said Seeker vocalist Bryce Lucien. “We’ve been working extremely hard to step up the insanity of our live show and we will be playing quite a bit of new material on this run, so we’re definitely ready to get back out in front of our old fans and hopefully make some new ones. Be on the lookout for a new song premiere in the coming weeks. See you on the road.”

The upcoming run will commence Valentine’s Day 2013 in St. Louis, Mo. following the release of a brand new single set to drop early February. A full list of confirmed dates can be seen below. You can also watch the band’s video for “Serpent Skin” at this location.

“The fact that anyone cares and comes to our shows is something we’re always surprised by and very proud of,” added Lucien. “We’ve gotten to tour the country several times over, met a ton of really amazing people, and released music that we’re still excited to play every night…and we’ve done all of this completely on our own. We are DIY to our core. We realized very quickly that if we were going to make this happen we would have to step up and create our own future.”