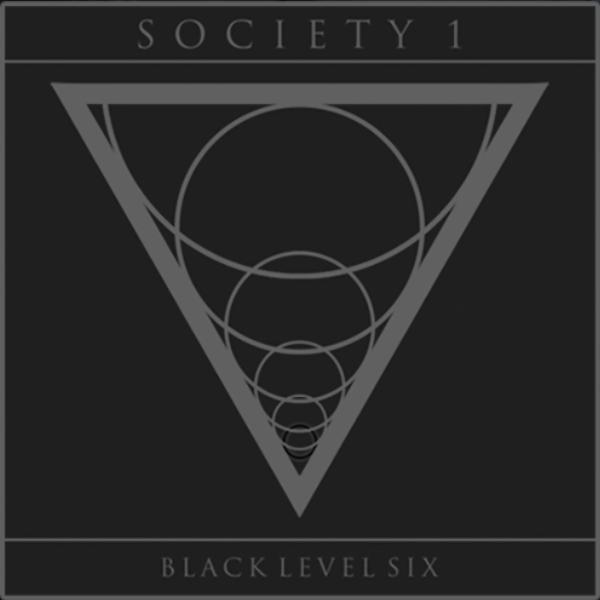 Lead vocalist Matt Zane and SOCIETY 1 have long been viewed as the oddballs of metal music. The group always had an industrial edge, and while they had moments of artistic genius, the band was not taken very seriously, for Zane became more known for his raunchy porno productions plus satanic stage antics (infamous suspension by hooks in the flesh act) than he was for actually delivering good music. That is until SOCIETY 1 released “Black Level Six” studio album via Sadist Messiah Records in 2022. This release is really special to me because of my friend DV Karloff, who was the band’s bassist for many years, and subsequently the person responsible for writing much of this album, having passed away last year.

Somehow channeling the spirit of late ALICE IN CHAINS singer Layne Staley, Zane’s inspired vocals have reached a new level indeed. Zane’s once gimmicky vocal delivery has finally been replaced by a true artist. Sorrowful and reflective all throughout, his lyrics here are sung with a depth of despair that brings his mysterious, Jim Morrison like intensity to the forefront. This album is easily one of my favorites released this year, and I will tell you that the sheer brilliance displayed on all of these tracks shocks me to the bone, because I never expected Zane and company to ever become this great.

“The Ghost Remains” is my favorite song, and it’s not the hardest rocking cut of the collection. It’s more of a dark ballad. It is a masterpiece of poignant beauty. “I turned into a different man,” Zane sings. The album is stacked with one intriguing cut after the next, even includes a solid Beatles cover. Fans of well written rock music will definitely enjoy this gem.