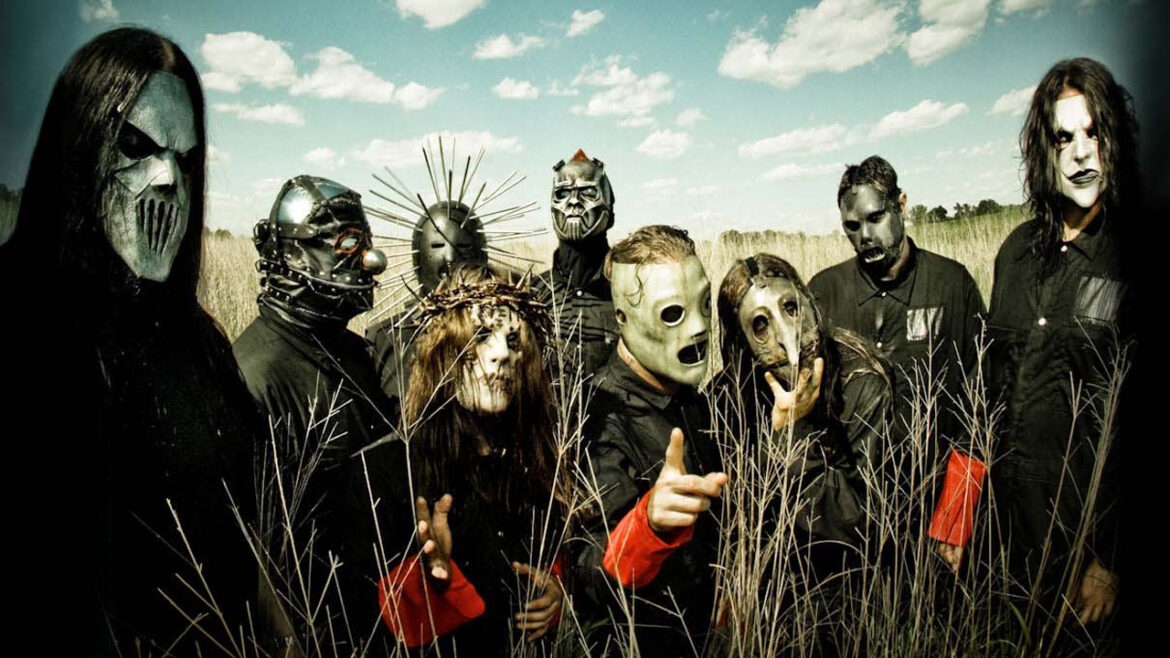 The 2019 album by the masked madmen who jam super psychotic sounding metal music, delivers on every level for me. The new SLIPKNOT studio effort is titled, “We Are Not Your Kind,” and it is probably the group’s best from top to bottom, in my opinion. I was totally blown away at how good this record sounded when I gave it the first spin cranked up loud in my home office. The band was no doubt up against the wall, in terms of having to bring their A game – for they had to follow-up their stellar 2014 album ‘.5: The Gray Chapter,’ which was a pretty big hit. Although, I dare say that the 2019 version of this band is quite possibly the best they have ever sounded.

The first track is “Insert Coin”, serving as the calm before the storm – as it is followed by the debut single from the album, “Unsainted,” a totally punishing gem that features the absolutely vicious throat of lead vocalist, Corey Taylor. Up next is “Birth of the Cruel” and the experimental, “Death Because of Death,” each cut is somehow more intense than the last, and trust me, that is not easy to do. The guitars by Jim Root and Mick Thomson sound out of this world heavy. However, the ‘brutal’ vibe on this album is most evident when I heard track five, “Nero Forte.” That was when I was convinced this collection of head slammers was the real deal. The listener is pummeled by the sonic brilliance to the point of crushing your soul via a wildly enchanting drumming and guitar onslaught, while the vocals of Taylor go off like some mental patient who was not given his mood medication for a month. Thankfully, the momentum does now slow up on the next track, “Critical Darling.” Believe it or not, it even gets heavier. “Liar’s Funeral,” is easily the most wicked and black metal-like song you will hear by this band.

“Red Flag” kicks off with a furious burst like a rocket that’s been shot out across the “chemtrail” stained skies of the New World Order, “Nobody will ever have you,” sings Taylor. “They’ll smother their own, just to feel you, they’ll get you alone just to steal you. They’ll eat you alive just to kill you.”

The strange and unsettling “What’s Next” is a trippy instrumental that leads into the best song on the album, my personal favorite, “Spiders.”

The album concludes with the final set of tracks, “Orphan,” “My Pain,” “Not Long For This World,” ending with the second slamming single issued for the effort, “Solway Firth.” Any fan of extreme metal music needs to purchase this album and play it for everyone in their family at least once.

“We Are Not Your Kind”

Birth Of The Cruel

Death Because Of Death

Not Long For This World