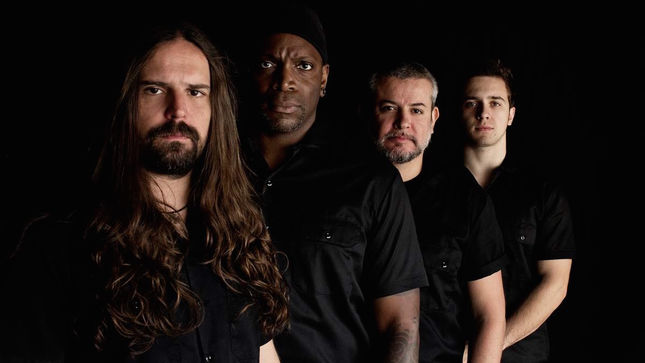 SEPULTURA has dropped their new album entitled “Quadra” in 2020, and it is definitely one of their best releases ever, in my opinion. This is their 15th studio effort and it is a brilliantly executed concept album based on Quadrivium, which consists of arithmetic, geometry, music, and astronomy.

The twelve tracks that hit the listener’s ear like a hurricane from hell are divided into four distinct sections: thrash, groove, progressive and melodic. Kicking off with the thunderous tribal like drum sounds, “Isolation” features the roaring vocals of Derrick Green and steam rolls into the next cuts the goddamn electric “Means to an End” and the perfectly brutal “Last Time.” The lyrics explore self imprisonment under “brainwashing” and other human conflict concerns. Next up you are pummeled into submission by “Capital Enslavement”, “Ali” and “Raging Void”, and the power that you will feel raging from your stereo speakers is totally visceral. “You can’t deny what I say,” screams Green. Andreas Kisser on guitar delivers a furious sound that is as heavy as it gets, while drummer Eloy Casagrande and bassist Paulo Jr. hold down one wicked sounding rhythm section.

“Guardians of Earth” slays your ears next, and then you are hit with two killer instrumentals among the next few cuts, “The Pentagram”, “Autem”, and the album title tracks “Quadra.” The album ends with magnificent “Agony of Defeat” and chilling “Fear, Pain, Chaos, Suffering.” And fan of extreme metal music will want to add this masterpiece to their collection, and it will definitely be a contender for best metal album of 2020