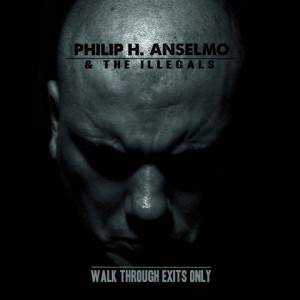 Legendary heavy metal vocalist Philip H. Anselmo (PANTERA, DOWN, SUPERJOINT RITUAL) and his new band The Illegals do not disappoint with what is obviously one of heavy music’s most highly anticipated releases in 2013, the debut solo album “Walk Through Exits Only”. The effort was recorded at Nodferatu’s Lair and produced by Anselmo and Michael Thompson. The collection of eight punk-pissed off skull-fuckers are without a doubt Anselmo’s best work in years and easily his most powerful musical statement since 2000’s classic “Reinventing The Steel”. Considering all that Anselmo has gone through in recent years with the tragic on stage murder of his band mate Dimebag Darrell (for which Dime’s own brother, Vinnie Paul, and the mainstream media still make him shoulder the blame), surviving Katrina, kicking heroin and dealing with major back surgery, the pure fury of a man pushed to the edge is absolutely palpable on every single second of “Walk Through Exits Only” and I feel it totally achieves devastating sonic musical perfection thanks to it.

Phil is joined by lead guitarist Marzi Montazeri, Jose Manuel “Blue” Gonzalez on drums, and Bennet Bartley on bass. This reviewer loves the heavy as all hell sound that this unit throws down. It’s got the passionate PANTERA vibe going with a SUPERJOINT on steroids attitude… yes, with even some more mellow DOWN moments mixed in. Montazeri’s guitar sounds so mean and evil like it’s a goddamn killing device being used on anyone within reach. My favorite cuts are “Usurper Bastard’s Rant”, “Bedroom Destroyer” and finally the downright eerie “Irrelevant Walls And Computer Screens”. The riffs come like a sledgehammer ripping through your walls, and the guitar solos don’t sound forced. Most important of all, I think it’s quite poignant that Montazeri, an old friend of Dimebag’s would step up all these years after his tragic death to honor the art of metal music done right. There is not one moment on this album where you have a chance to even gather your senses. It’s one of those truly explosive musical experiences that leaves your mouth wide open after first listen. Point blank, this record simply devastates on all levels.

Even if you have never been a fan of anything that Anselmo has done musically, I would personally pay to have your head examined if you as a fan of metal music listened to this album and were not of the like opinion that it’s one of the best released this year, if not the very best. 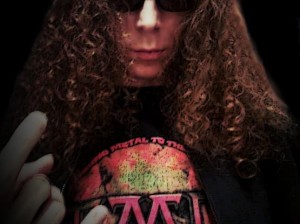