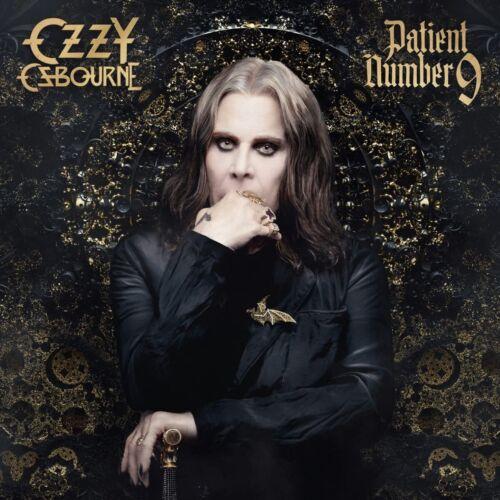 Legendary BLACK SABBATH lead vocalist Ozzy Osbourne, 73, is the Energizer Bunny of Heavy Metal. The iconic rock singer somehow has enough gas left in the tank to drop a masterful new solo studio album in 2022, despite being plagued with failing health in recent years, and frankly, a lackluster previous solo effort.

Osbourne wastes no time letting the critics know what he is still capable of. The first song on the album just happens to be the title track and it features one of the greatest guitar players that is alive now or who has ever lived, the incomparable Jeff Beck. Just the absolute brilliance on display with the opening cut “Patient Number 9” is worth the price of admission alone. This epic seven-minute masterpiece is one of the coolest songs Ozzy has ever recorded during his solo career, in my opinion. Producer Andrew Watt finally gets it right. The guitar soloing is positively out of this world. Beck sounds possessed and straight out of Hell, blistering the fret board as only he can. This is the best songwriting I’ve heard on an Ozzy album since 1991’s “No More Tears.”

It’s not easy having to follow up to such an outstanding song, but guitarist’s Mike McCready and Zakk Wylde certainly give it their best shot on “Immortal” and “Parasite” – and the vibe is totally hot, no doubt, featuring more killer guitar solos. Zakk Wylde‘s shredding is on point and deadly as it has ever been.

Up next, fans are treated to the one and only BLACK SABBATH lead guitarist Tony Iommi jamming on the extremely strong “No Escape.” “Tomorrow is getting cold, and you can’t turn back now,” Ozzy sings in a haunting voice. The guitar solo by Iommi is purely evil and eerily reminiscent of something you would hear straight from an early Sabbath record. Ozzy warns: “I’m gonna get you, I’m going to ruin your day, and every day you pray to God you’re gonna hear my name.”

As if Osbourne didn’t already prove why he is The Prince of Darkness, one of rock’s all-time most enigmatic figures, his Anti-Christ sentiment is heard much louder and clearer when Ozzy brings guitar god Eric Clapton forth to help him out on “One of Those Days.” “…I don’t believe in Jesus,” no no no, sings Osbourne. Clapton does not disappoint with his soloing either, which just blows me away. Every note he plays is simply perfect.

Jeff Beck shines more on the next cut “A Thousand Shades” – it’s just like magic oozes out of his fingertips. His artistic greatness is unbeatable, and Ozzy has truly outdone himself with this record.

Zakk Wylde joins the fun some more on “Mr Darkness” a more subdued tune, but it still gets the heart beating thanks to Wylde’s awesome guitar playing. Up next, Ozzy keeps the momentum going with Wylde on the incredible “Nothing Feels Right” and “Evil Shuffle.” Tony Iommi lends some more of his dark and sinister tone on the next stunning cut “Degradation Rules.”

The album concludes with “Dead and Gone”, “God Only Knows” and “DARKSIDE BLUES.” Any fan of well written, well produced rock is going to love what Ozzy has done, not to mention Ozzy throwing down an album that is stacked full of rock’s all-time greatest guitar players.

5. One of Those Days